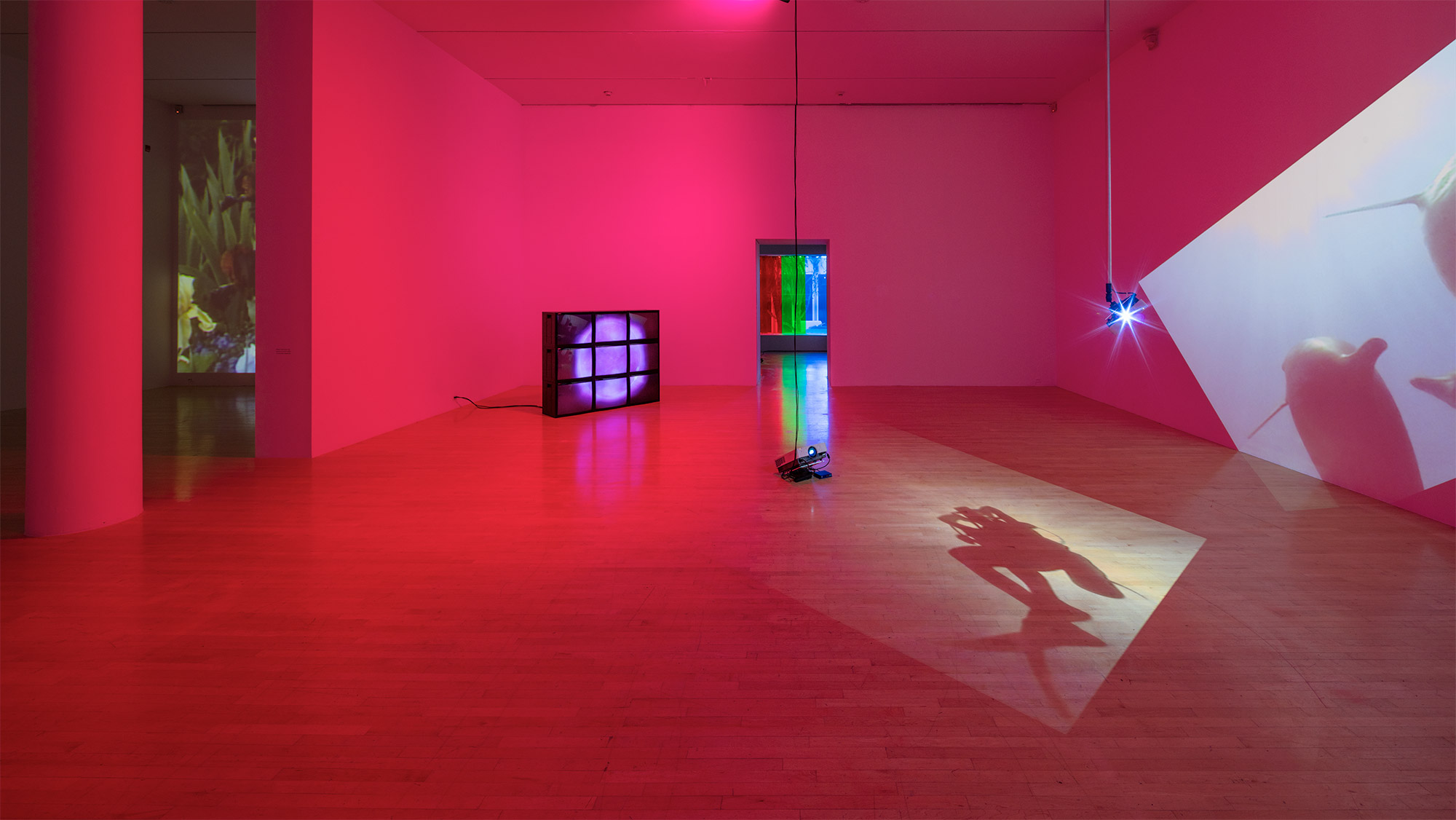 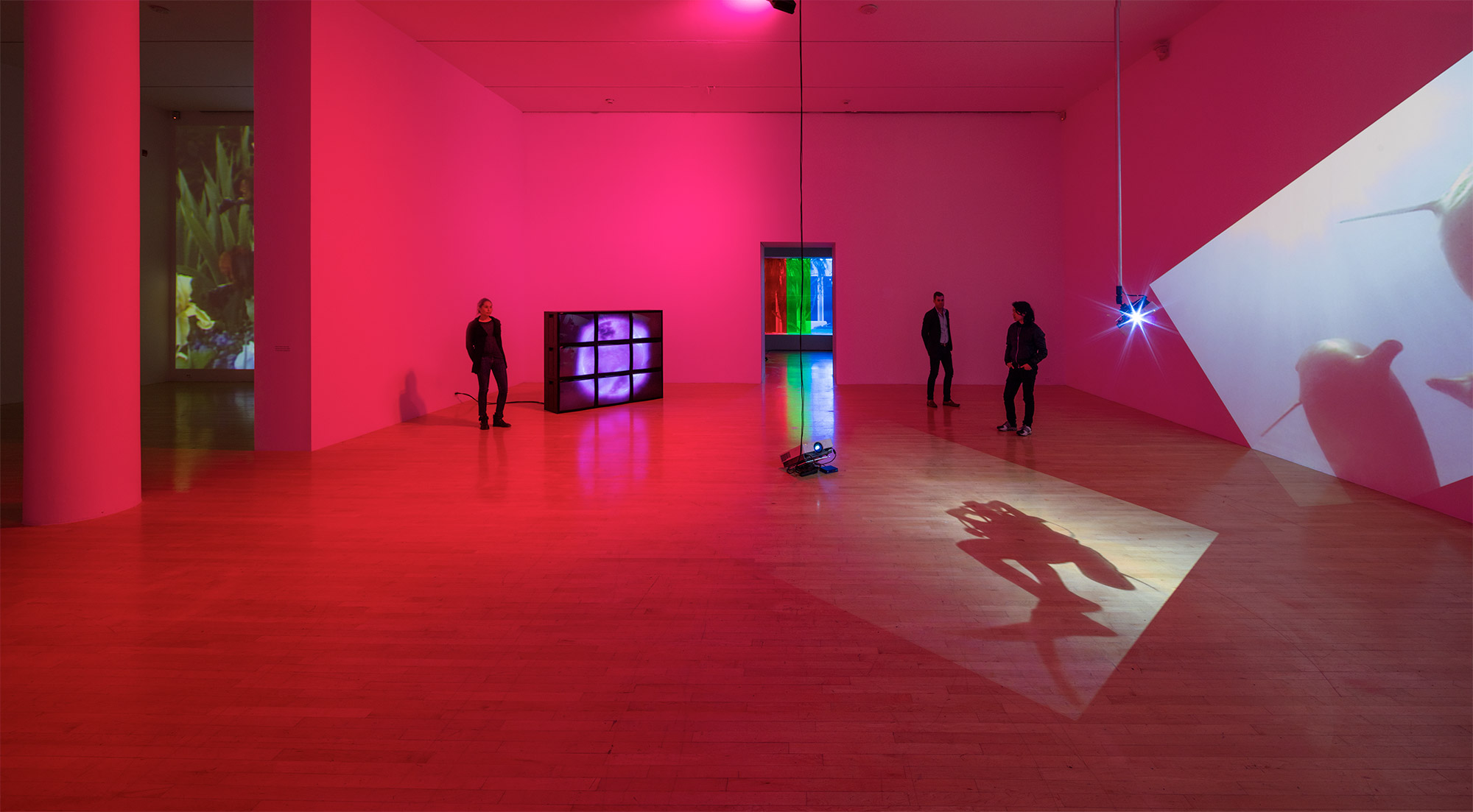 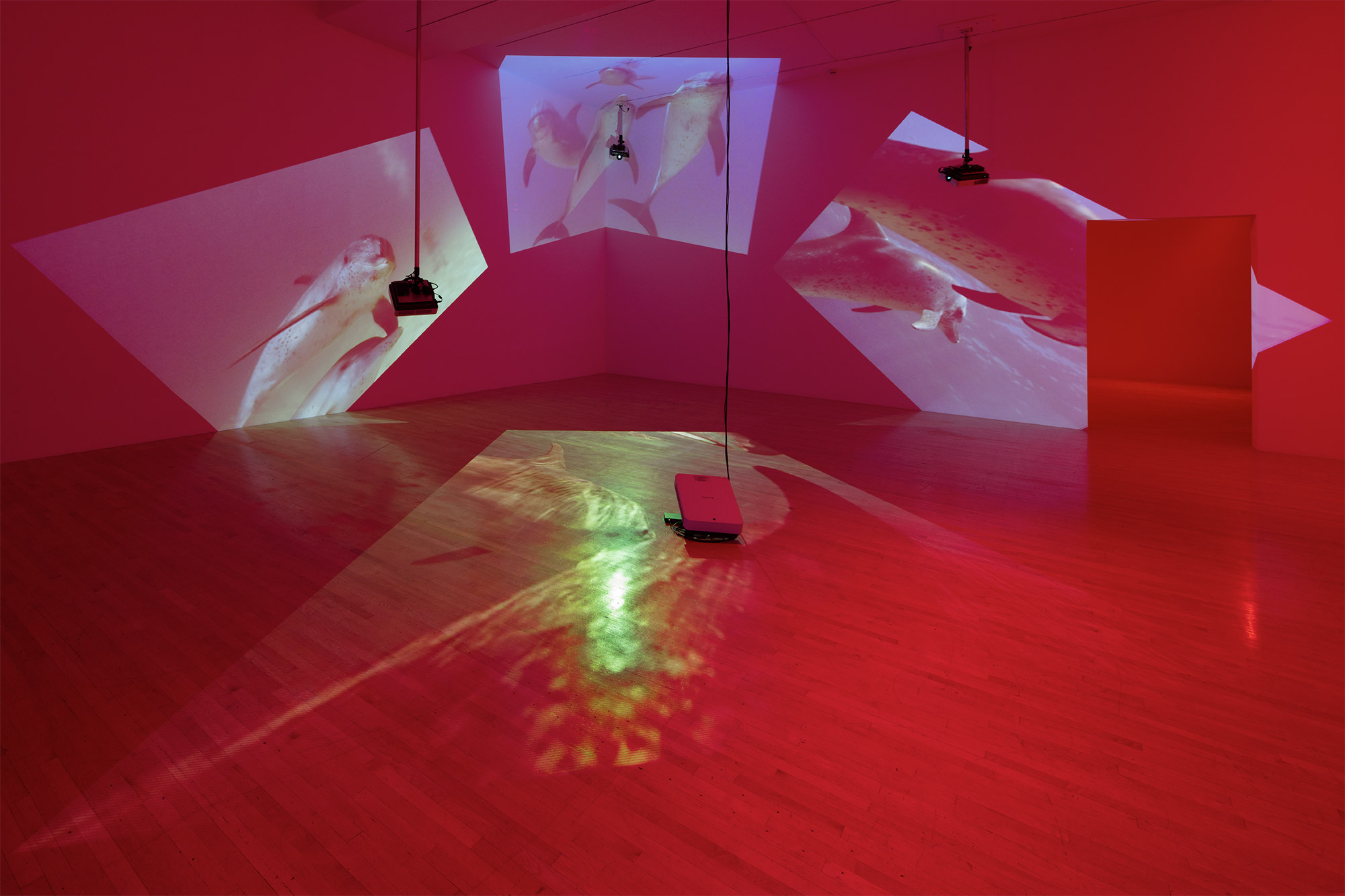 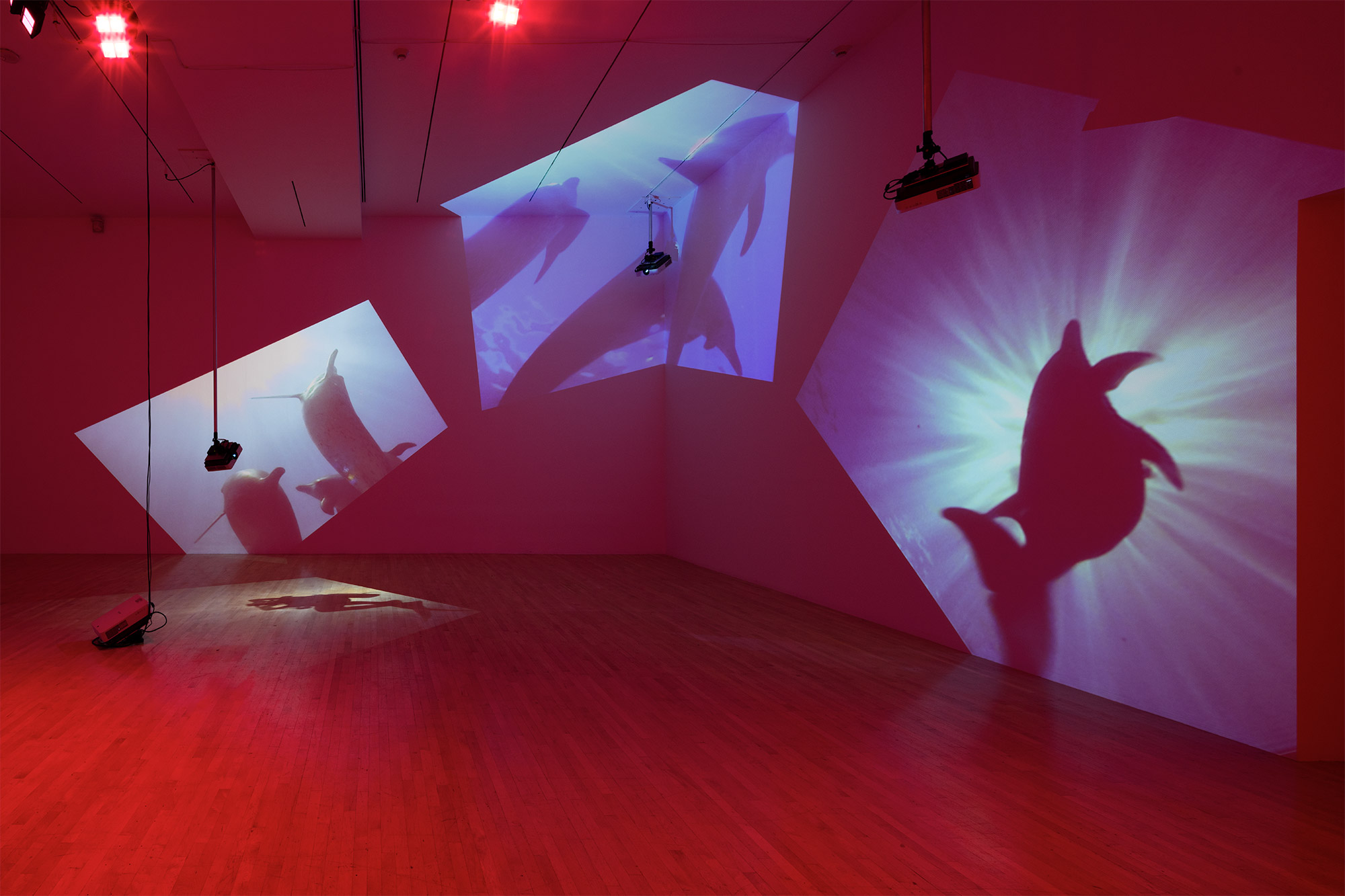 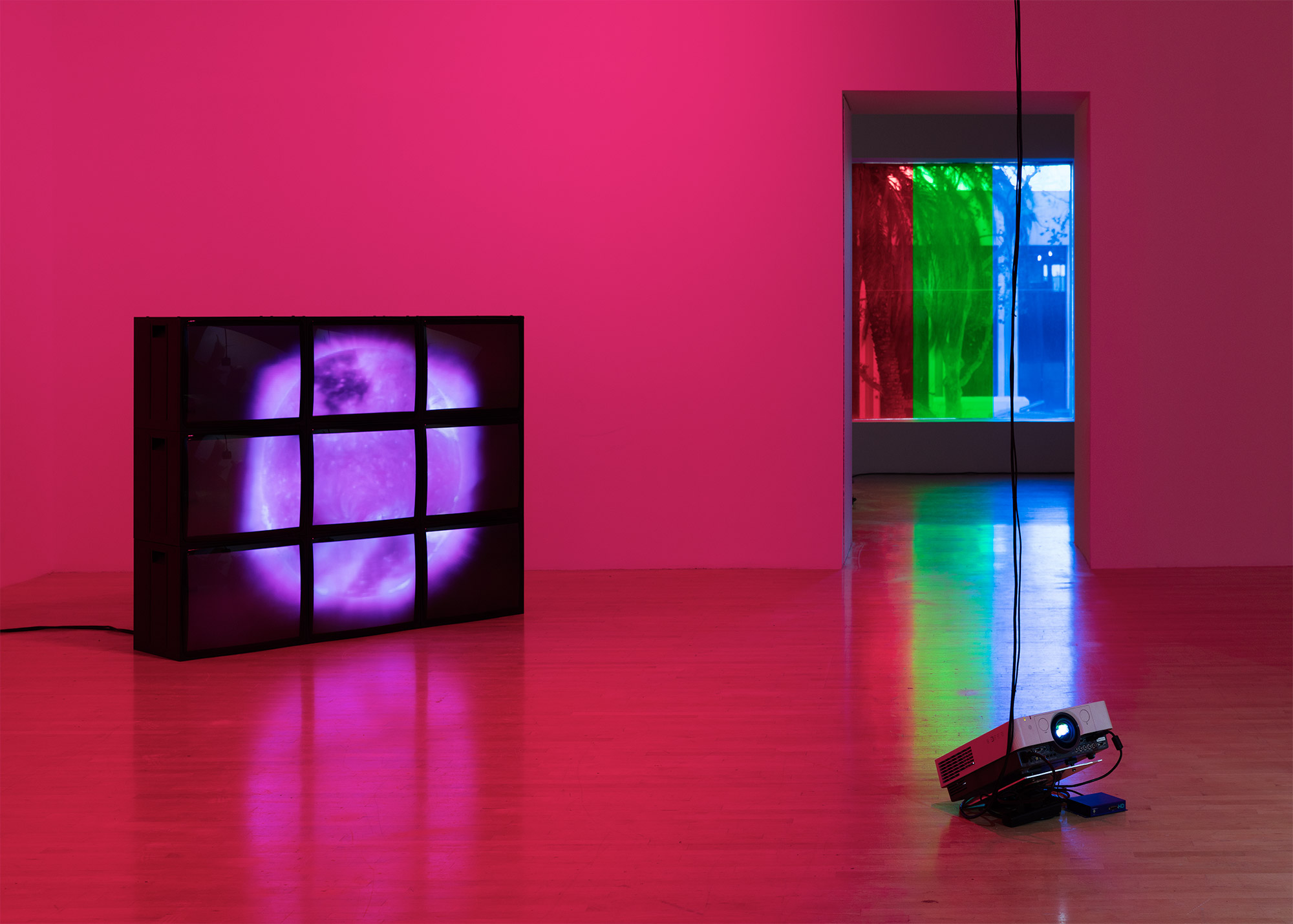 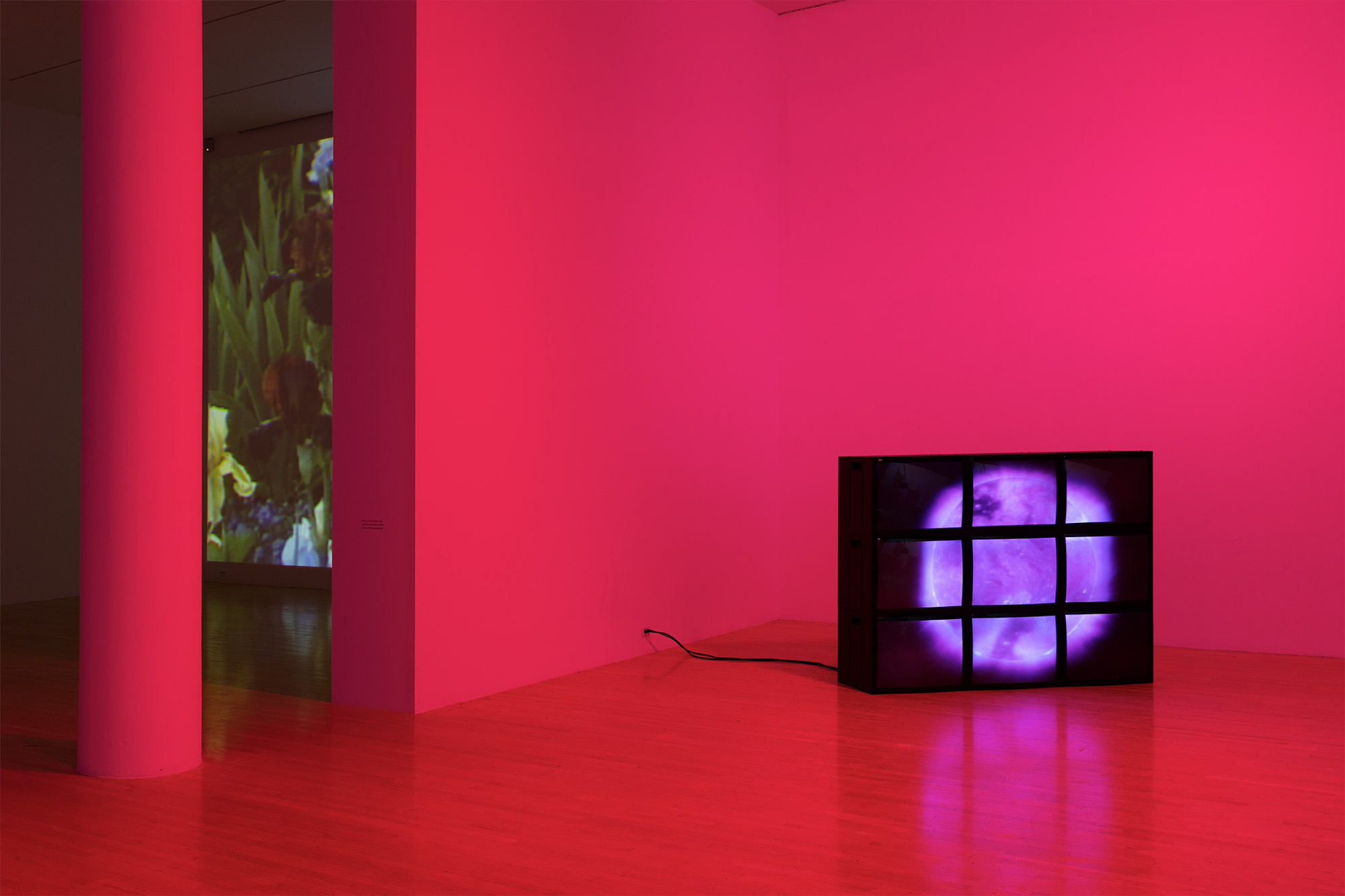 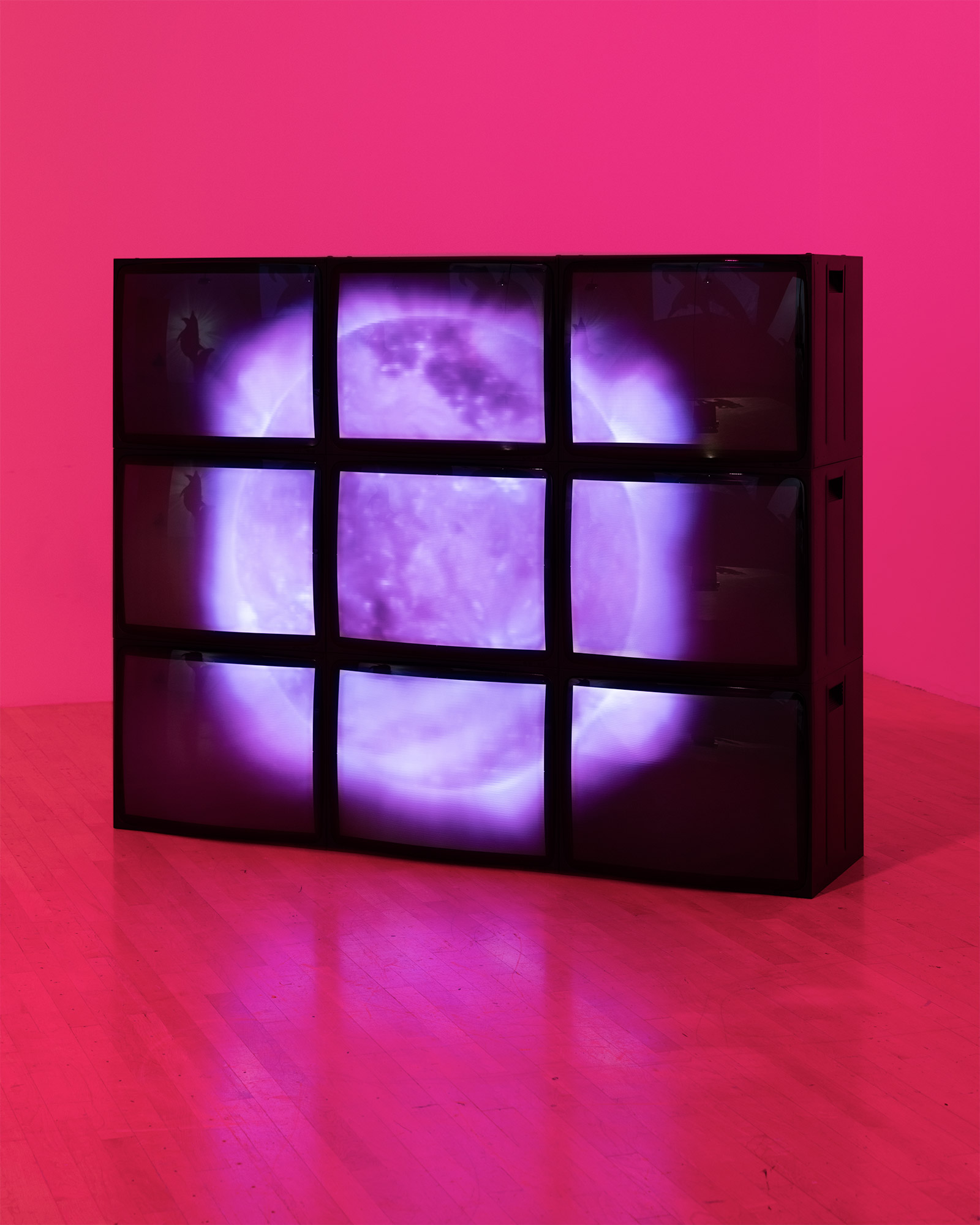 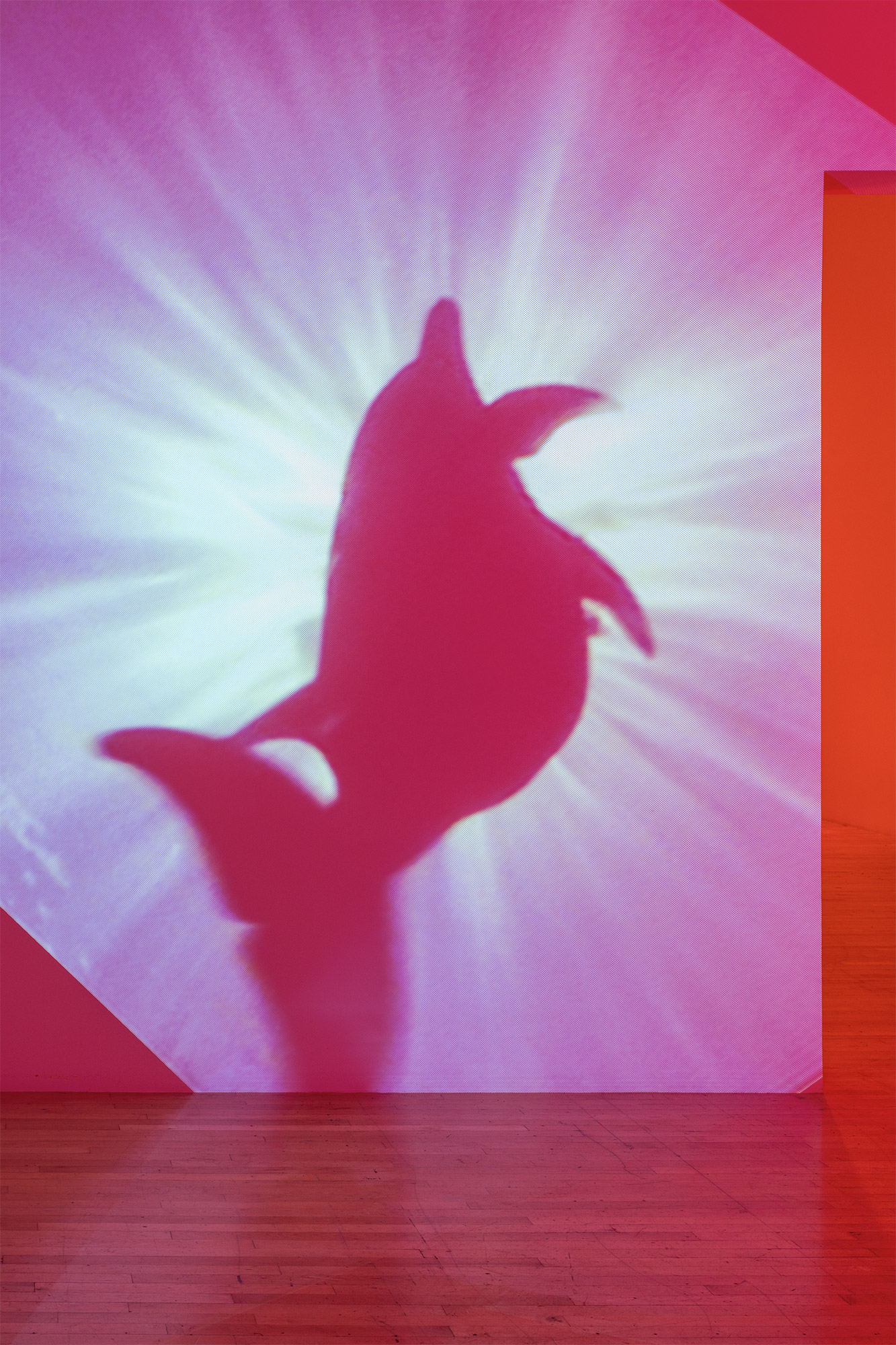 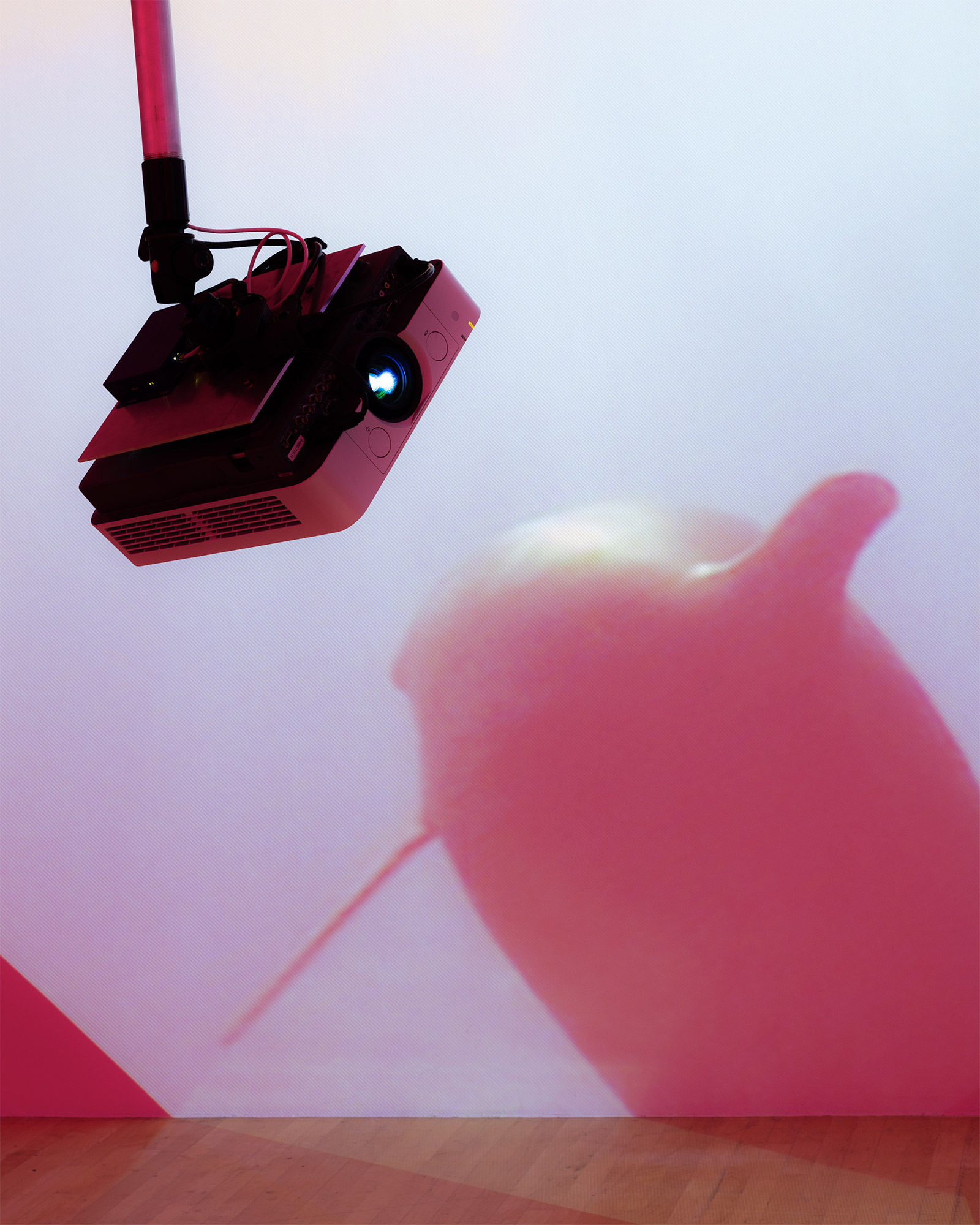 Shot in the Caribbean, Delphine documents a camera crew filming a pod of free dolphins, the humans and animals interacting to create the footage. The installation of this video, with four projectors and a nine-monitor video wall, is tipped up on an angle, cutting through the gallery space. Adjacent to the projections is a vertical video wall that plays an image of the sun shot from a telescope in outer space. Delphine thus addresses three kinds of bodies: the animal, the celestial, and the human.

Dolphins live vertically, horizontally, and in depth. They live in a world without boundaries or borders—in continuous space. Thus, in Delphine, there are three kinds of bodies in space: dolphins moving through volumetric space; the sun spinning in a vacuum of black space; and then the viewer, moving through “real” space made volumetric by the artificial magenta light filling the gallery and framing the projections.