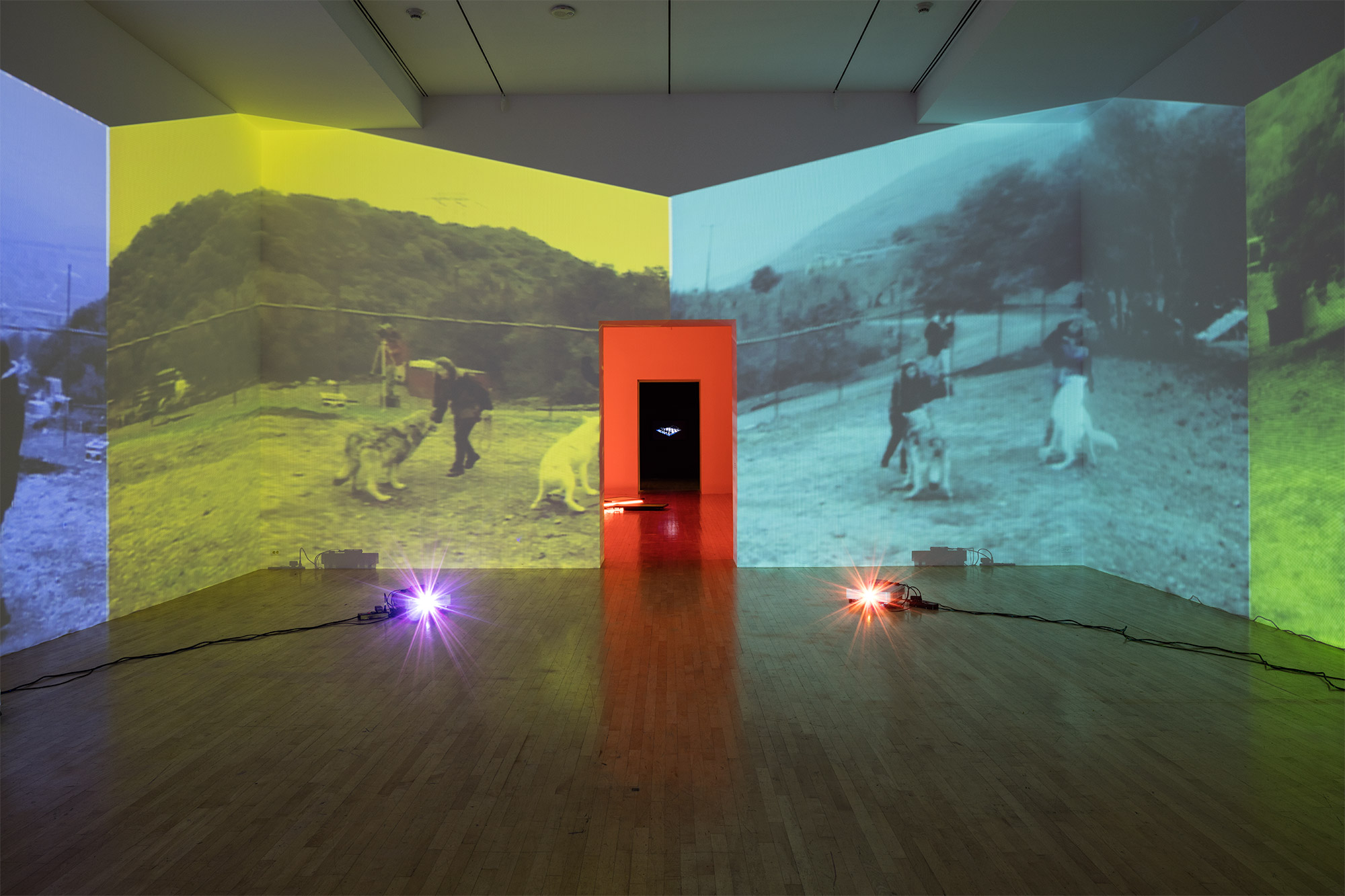 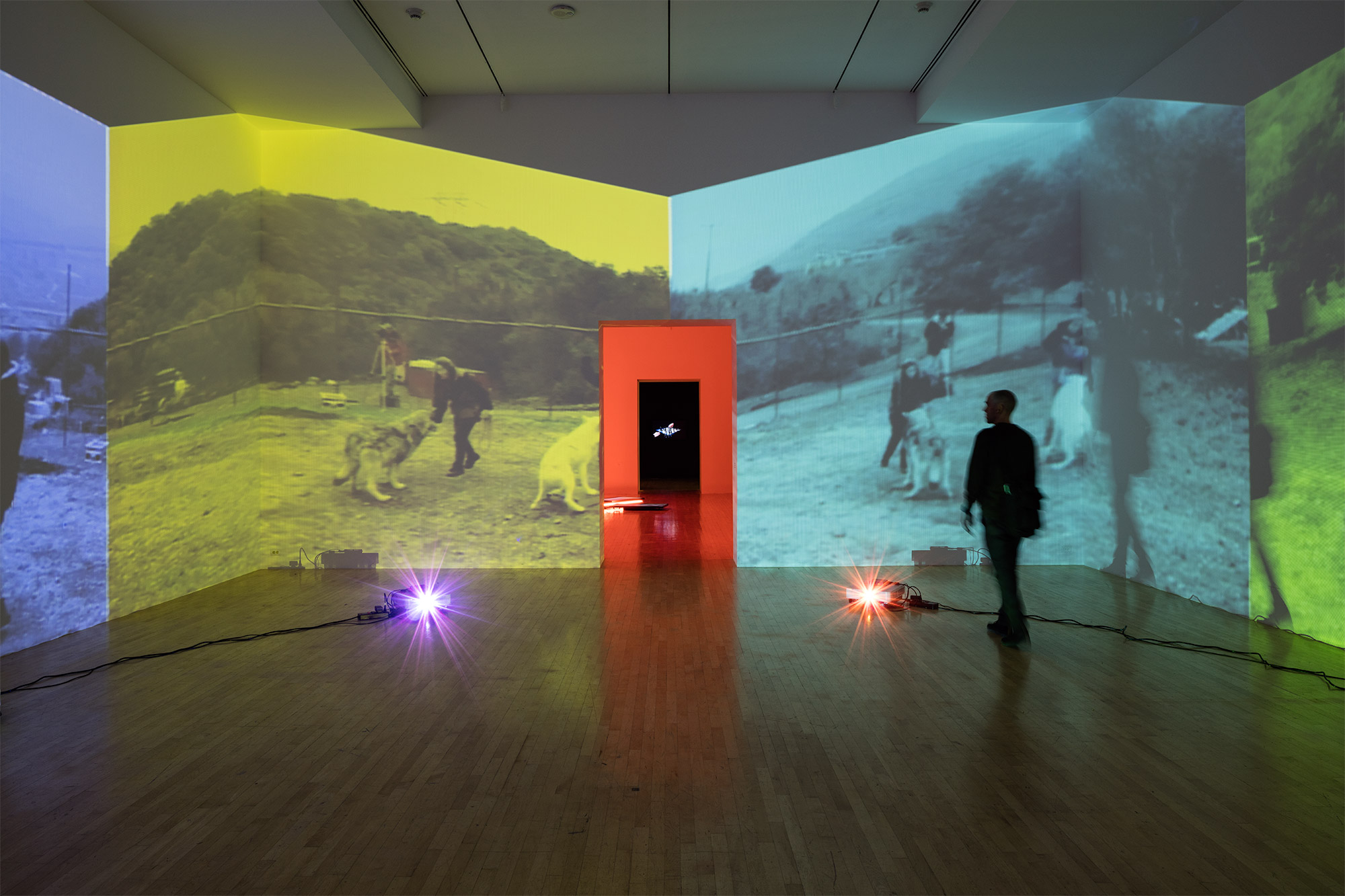 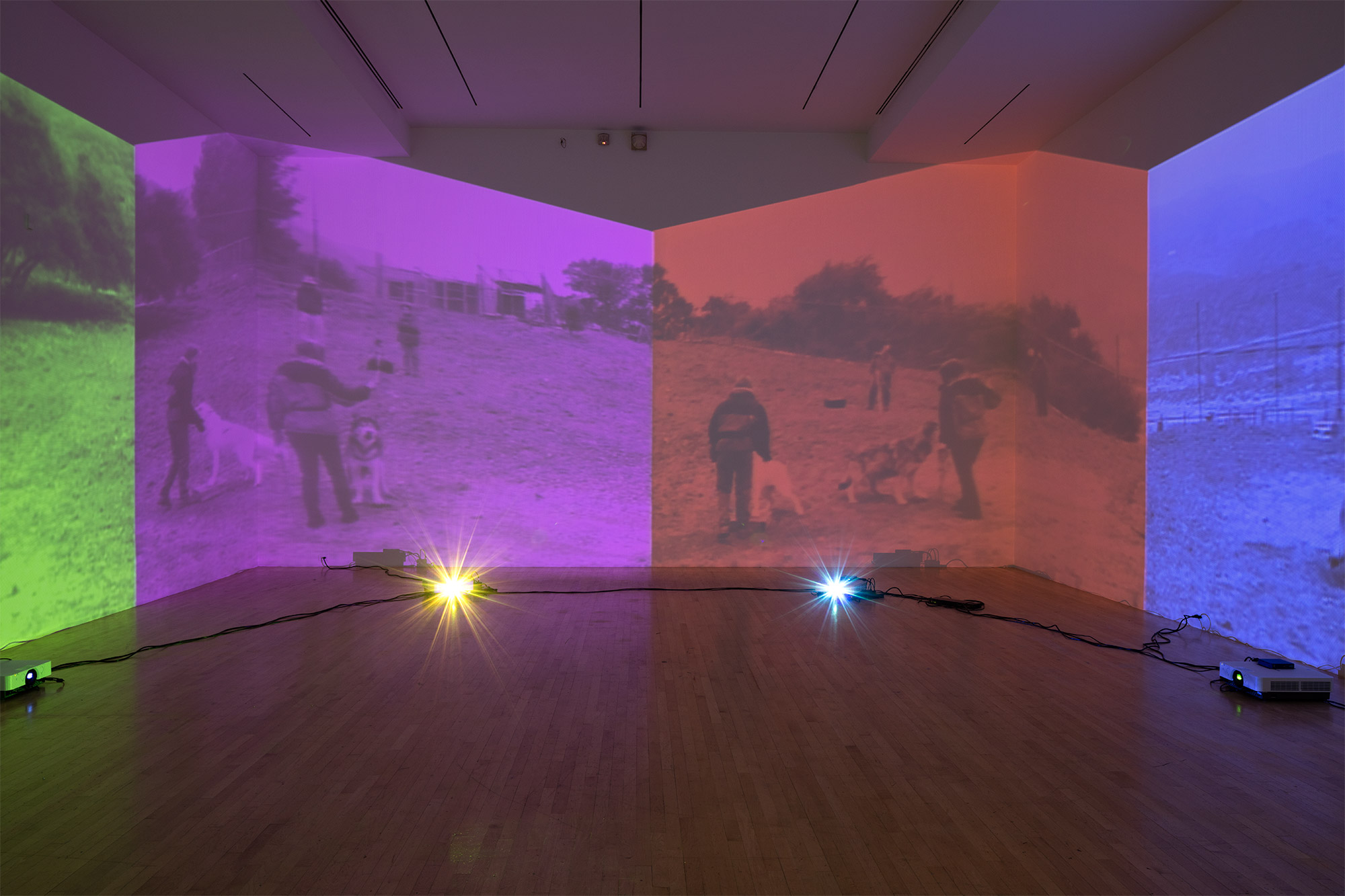 China was made in an outdoor arena on a hillside with a circle of six cameras surrounding two performing wolves: Shilo, a grizzled older male, and China, a young female. The work documents their actions as their trainers attempt to make them stand still in the center of the circle. The arena, wolves, cameras, and crew are represented in the six images, which become one moving picture that wraps around the room, forming a continuous landscape. The projections are divided into the primary and secondary colors of video: red, green, blue, and cyan, magenta, yellow.

Wolves, like humans, live in complex social groups. One wolf is always an individual and a group simultaneously. The viewer is always inside China, surrounded by wolves, cameras, and projectors. This is one of the hallmarks of installation: in order to view the work of art, the viewer must always be in the midst of it, remaining one and becoming multiple at the same time.