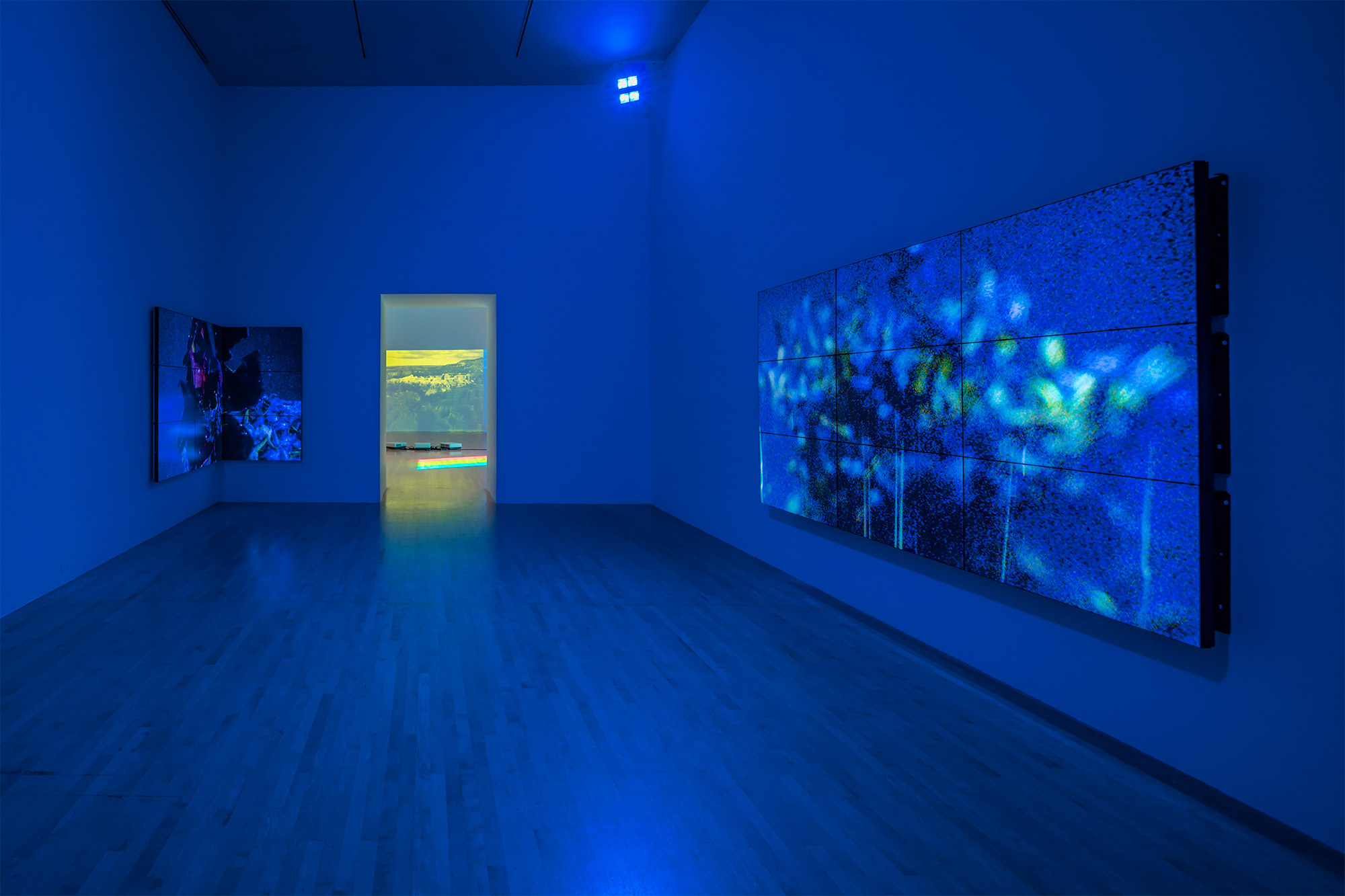 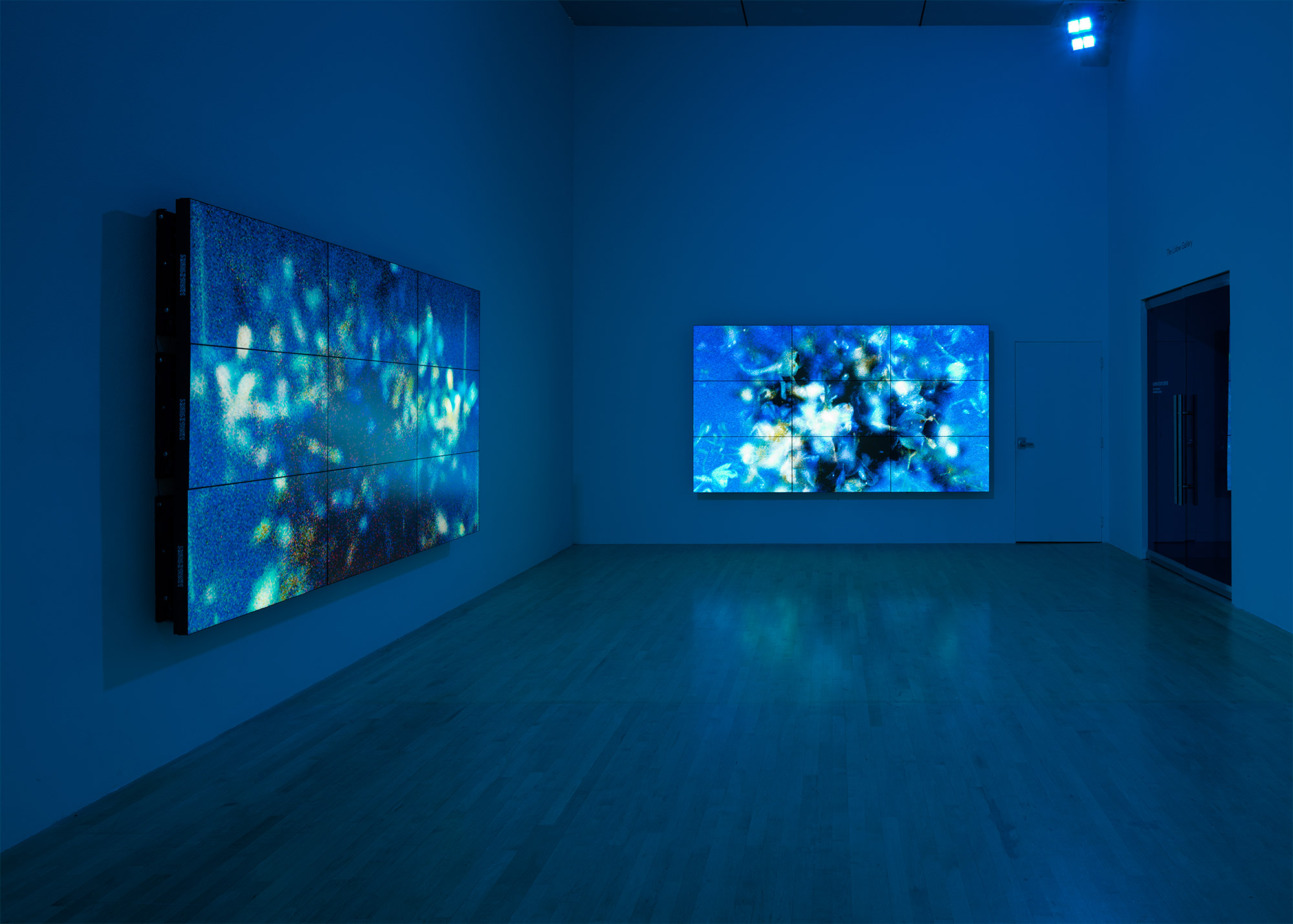 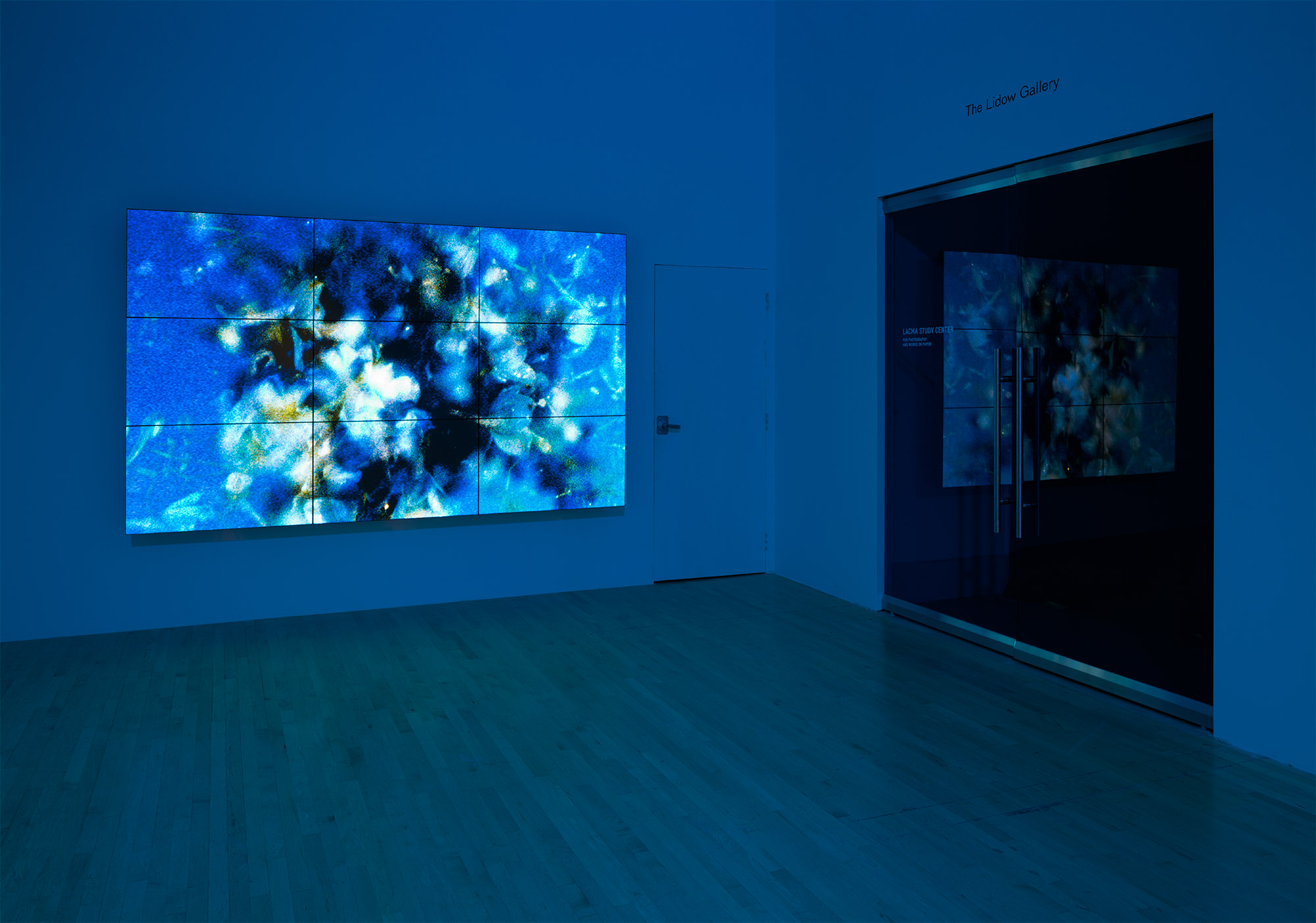 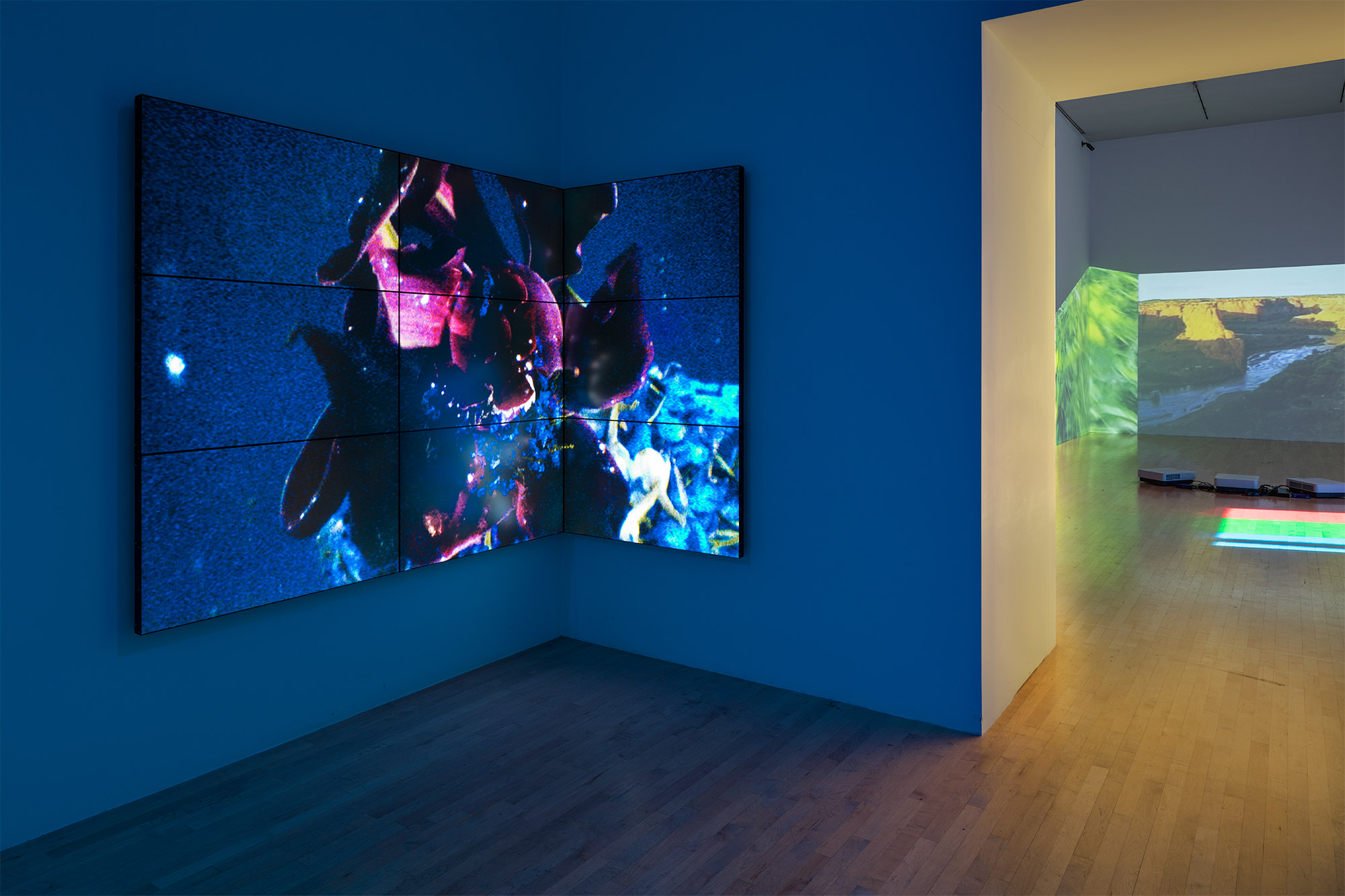 One
Courtesy the artist and David Zwirner, New York/London

Flowers are a recurring theme in my work. Here, I shot 16mm film and used a technique called “Day for Night,” (filming during the day with dark blue filters so that it resembles evening.) I also made in-camera double exposures, a nearly lost technique, as double-exposed images are now made in the editing process with computers. In addition to filming living animal and human subjects on location, I work in the studio with easily obtained signs for the natural—such as bouquets of flowers—a part of my practice I see as similar to painting a still life.