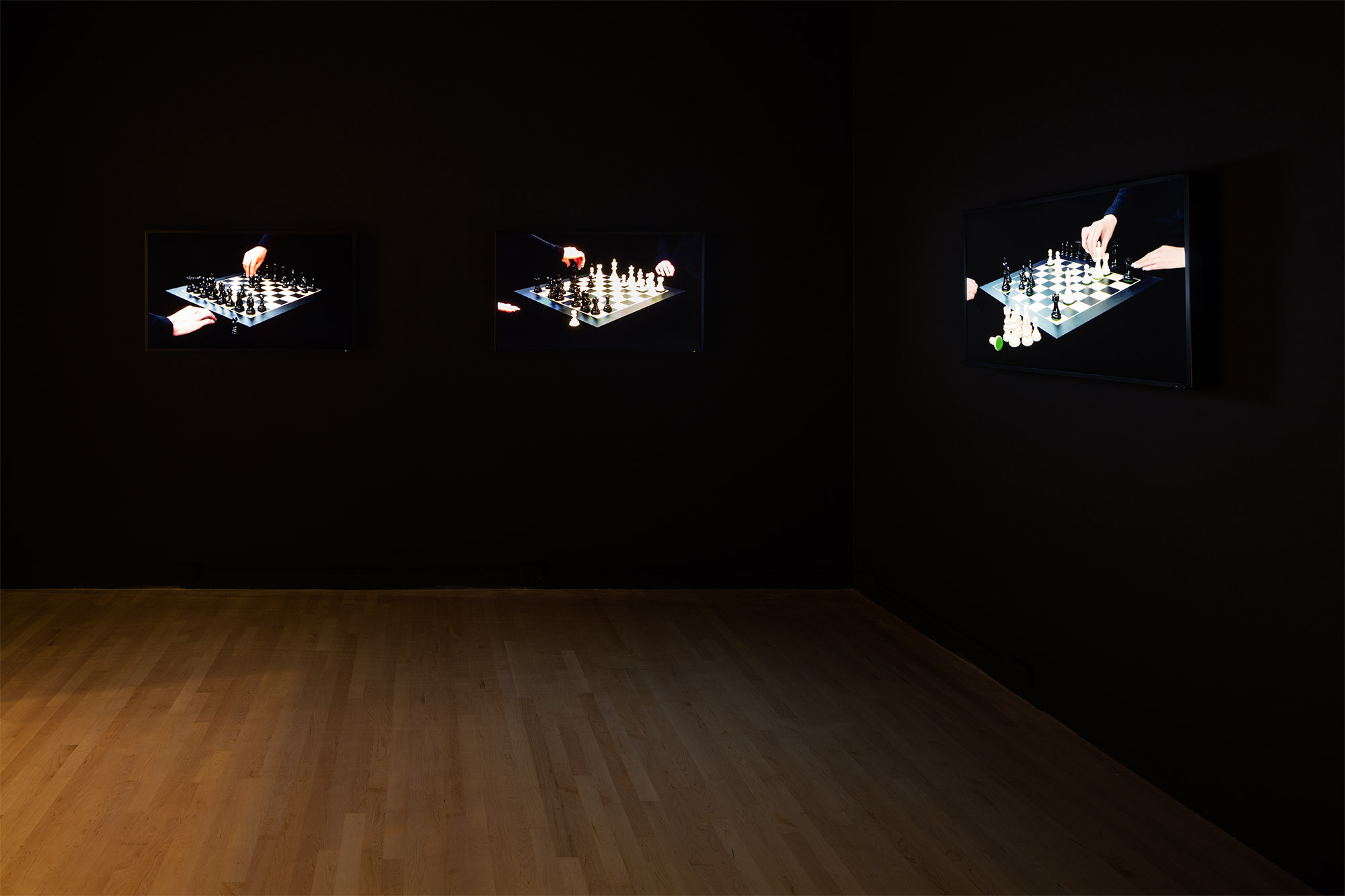 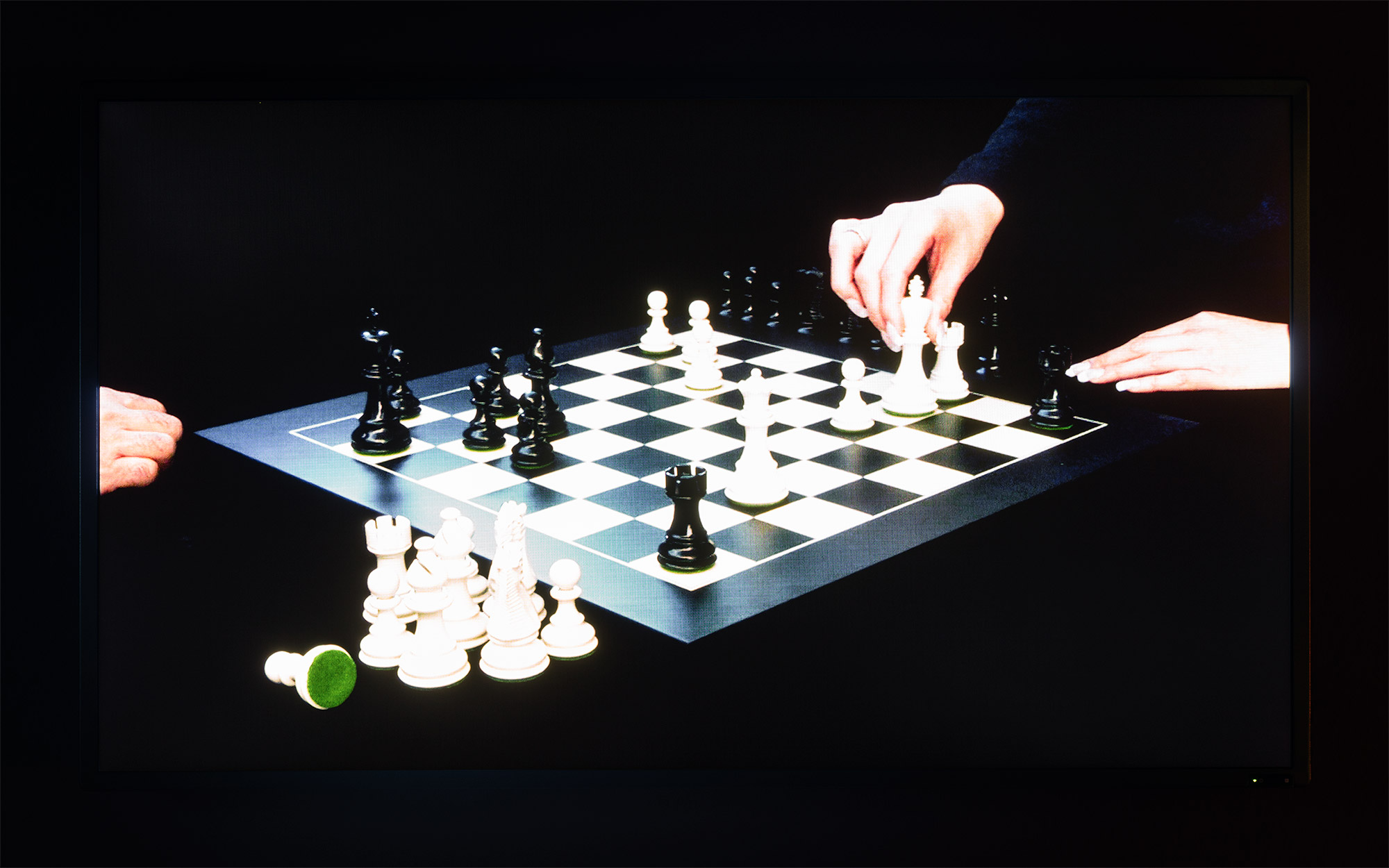 Here is a text about the world . . .
Written by Mick Bighamian, Senior Master, September 2007
(Played by Nathaniel Lagemann and Mick Bighamian), 2008
Video monitor and player
Dimensions variable
Collection of the artist

Through the looking glass

I spent a year working with a chess senior master recreating some of the most famous games of chess in history. This body of work was made at the same time as the falconry pieces in the Broad Contemporary Art Museum, and together they represent a contemplation on heraldry and war. While The Immortal Game is a reenactment by young chess masters of a game often referred to as the greatest game of chess ever played, Object Lesson and Here is a text about the world … are both scripted games written for me by senior chess master Mick Bighamian. They are the same game played once in black and white, and once with all black pieces. The all-black game makes the two sides—the traditionally binary—unclear and indistinguishable.

These three pieces, from a larger body of work made throughout 2008, also reference Lewis Carroll’s Through the Looking-Glass. While Alice’s Adventures in Wonderland is based on a game of cards, Through the Looking-Glass is a game of chess in which Alice must cross the board as a pawn and reach the opposite side to be queened and win the game. I have long been inspired by Alice and her encounters with games and animals who simultaneously spout wisdom and nonsense, never stopping to differentiate between the two.