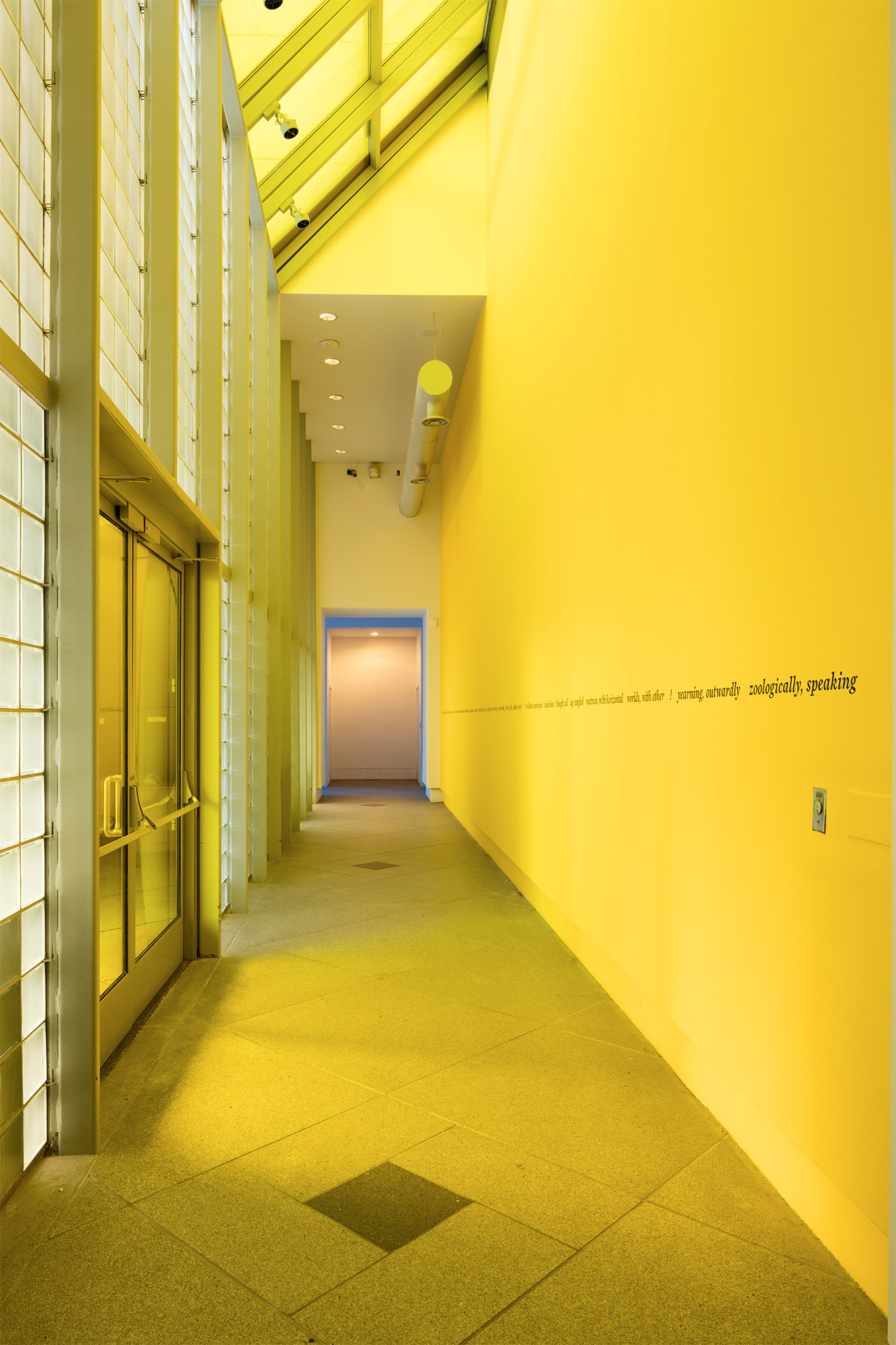 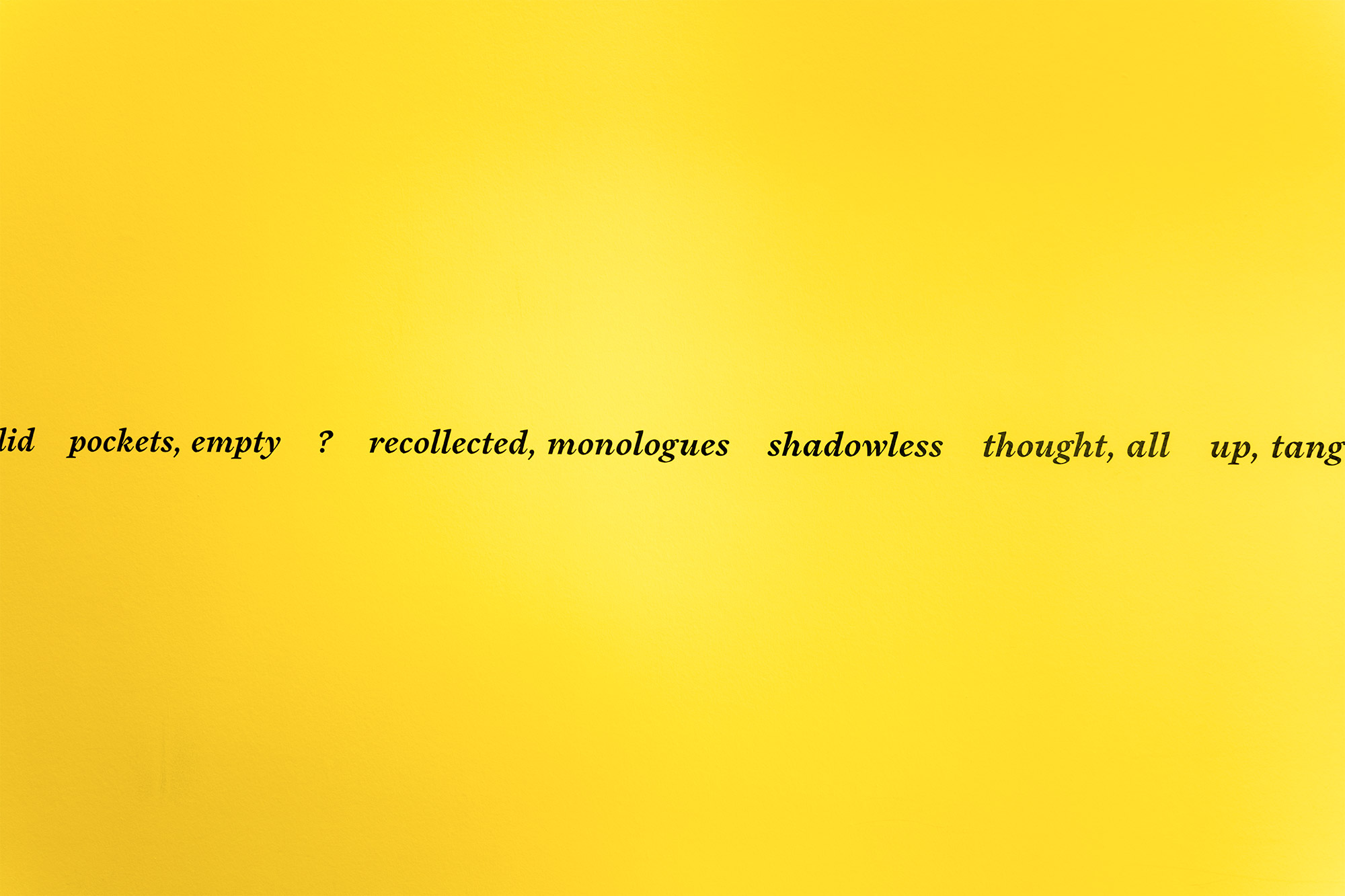 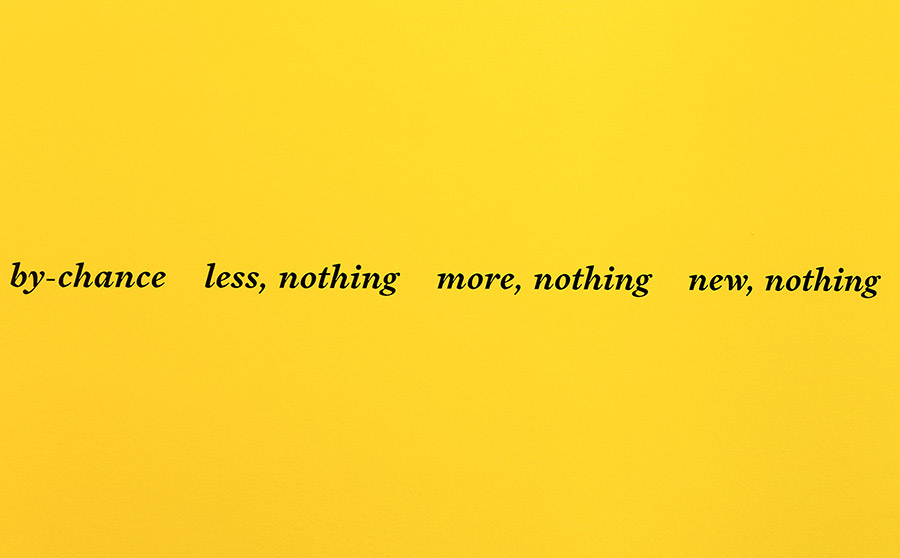 The use of language

Making text work satisfies my desire to have images that function like poetry, in that they are rhythmic and evocative without being descriptive and narrative. Indices evoke a state of narrativity, which is always being either expressed or repressed in video and film. I began writing indices when I began making art, which is also the time when I started reading philosophy and theory. I found those forms difficult to understand so would just read a book randomly using the index as a table of contents. When I realized that the index has its own logic, and forms a kind of bold-faced overlay on top of a complex text, I began writing them for myself as artworks.