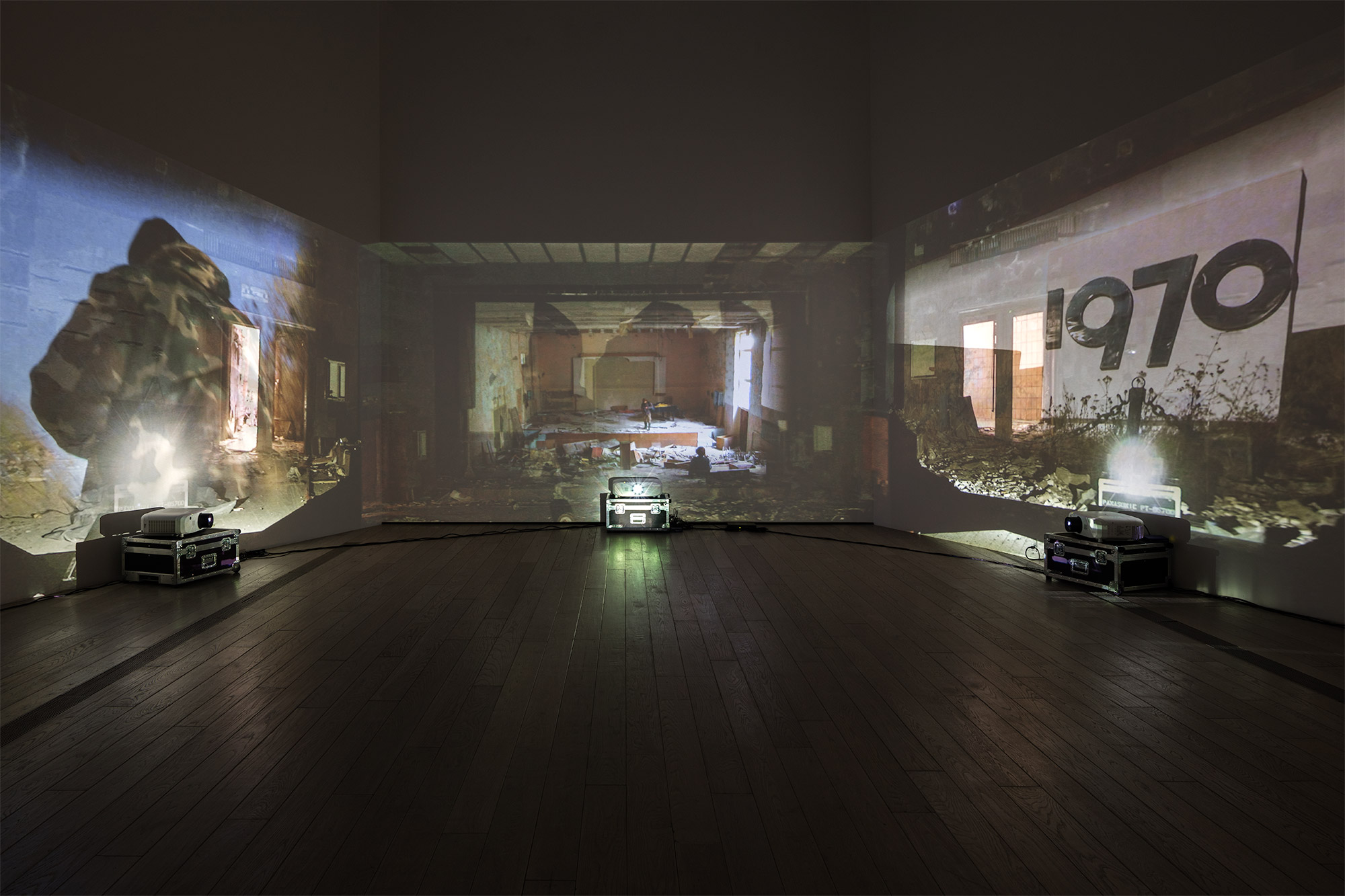 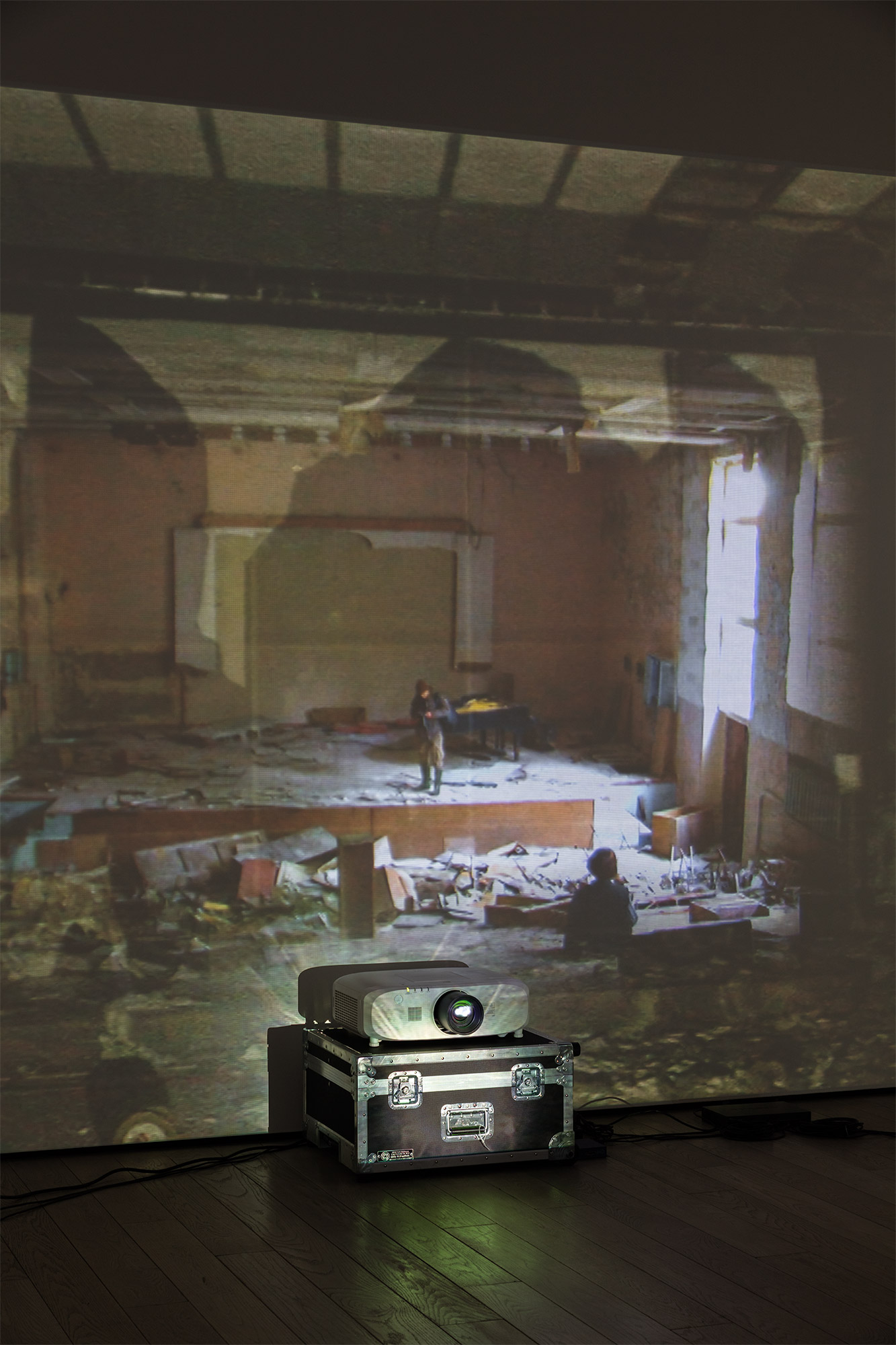 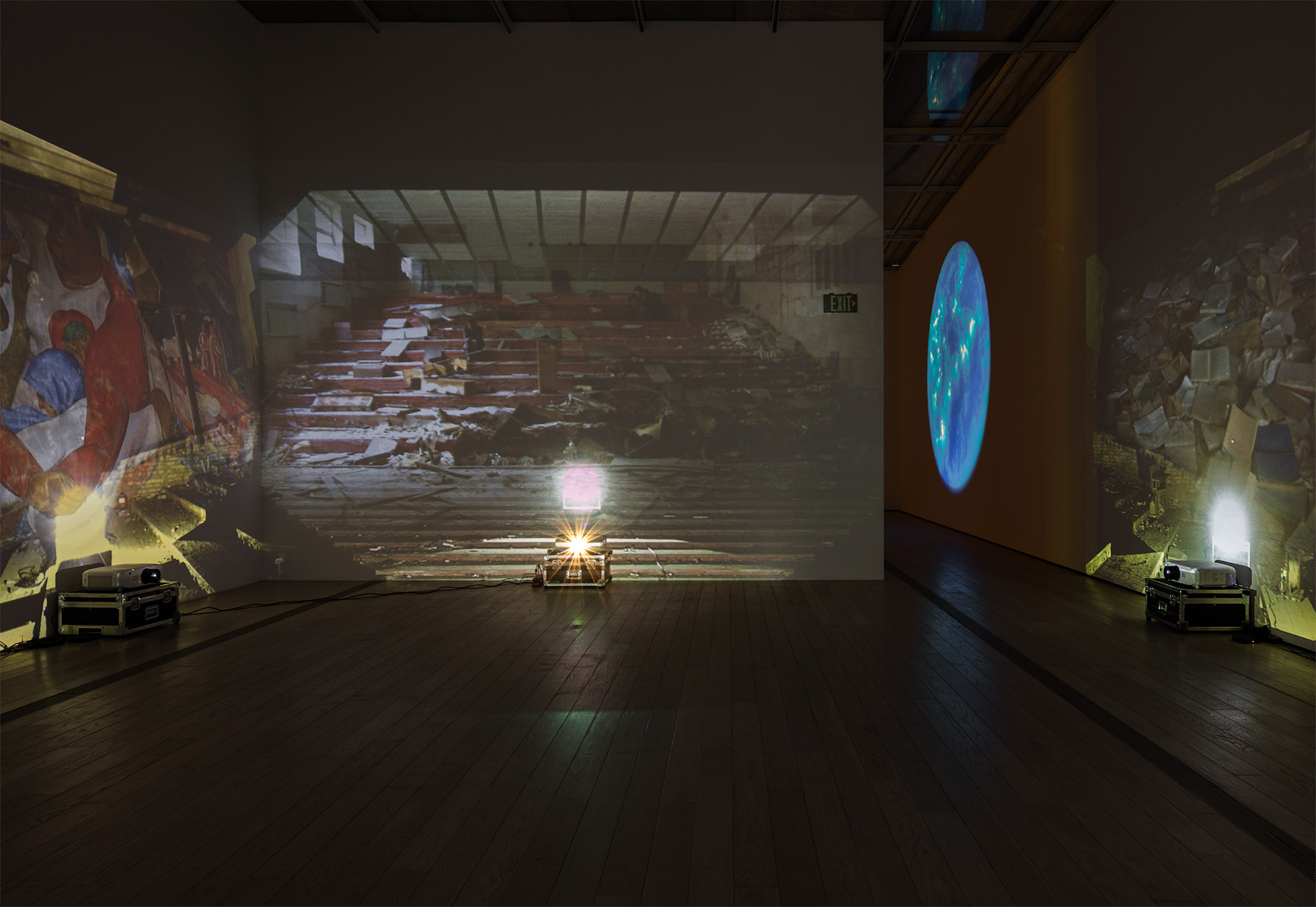 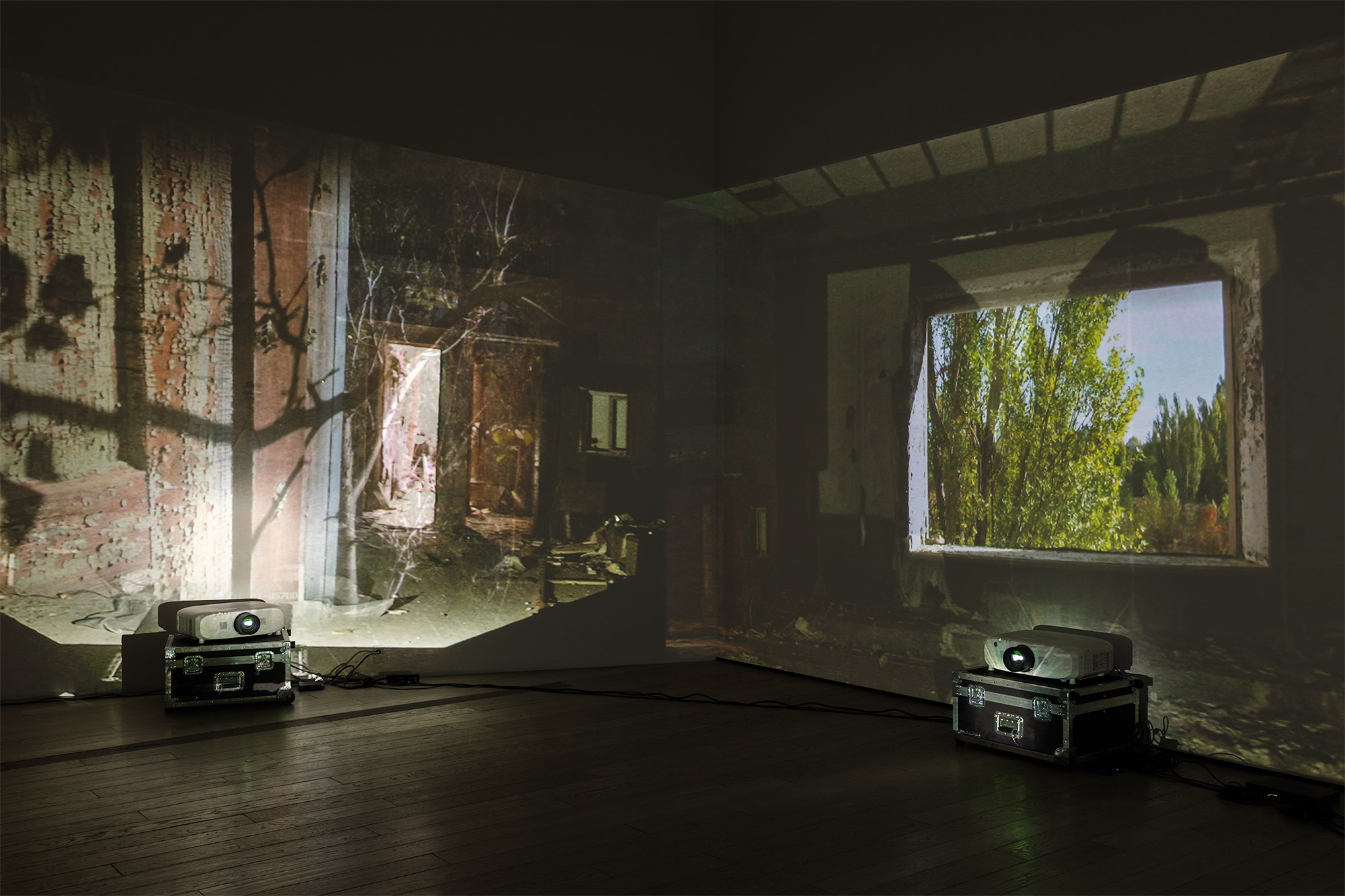 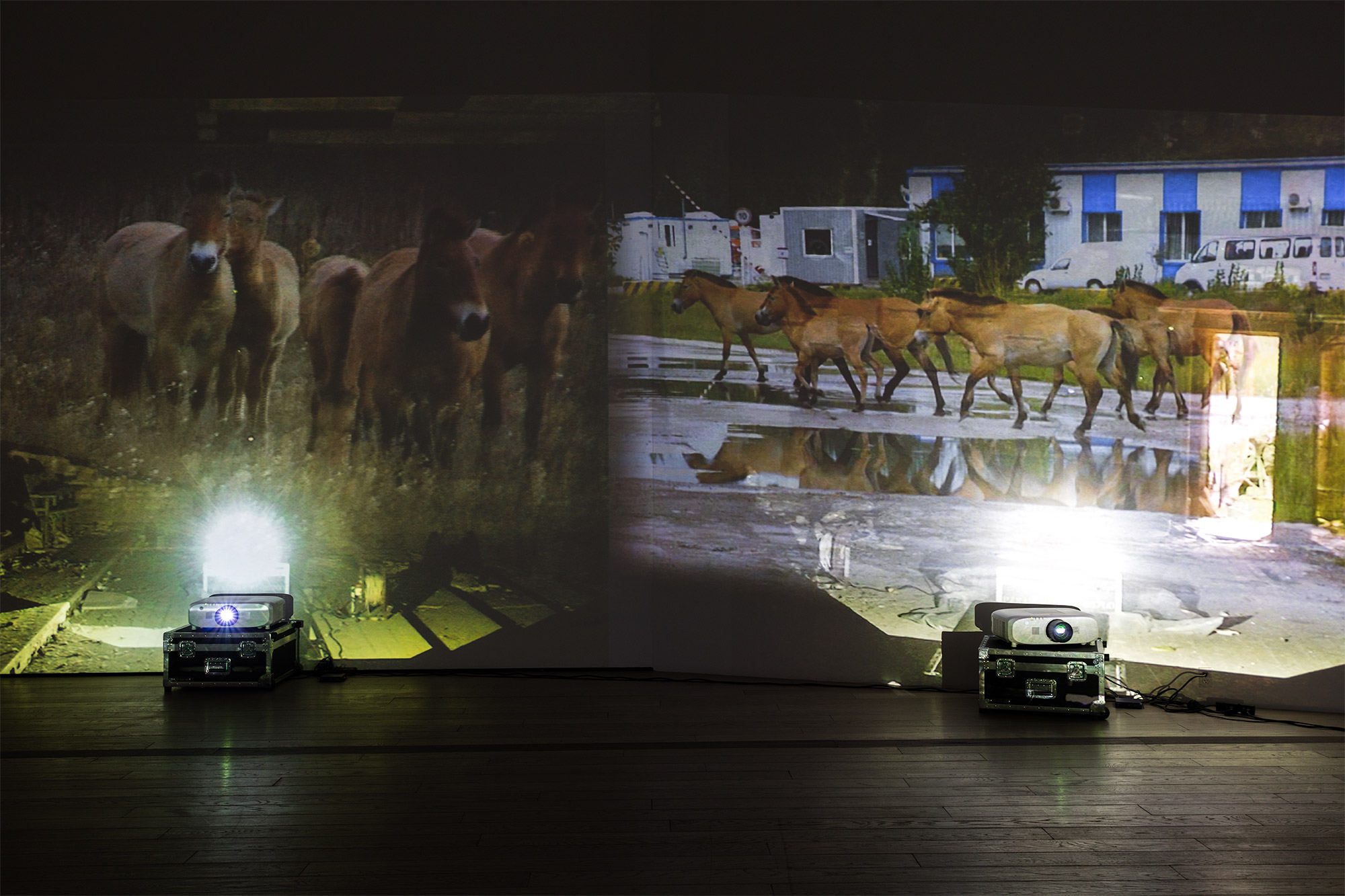 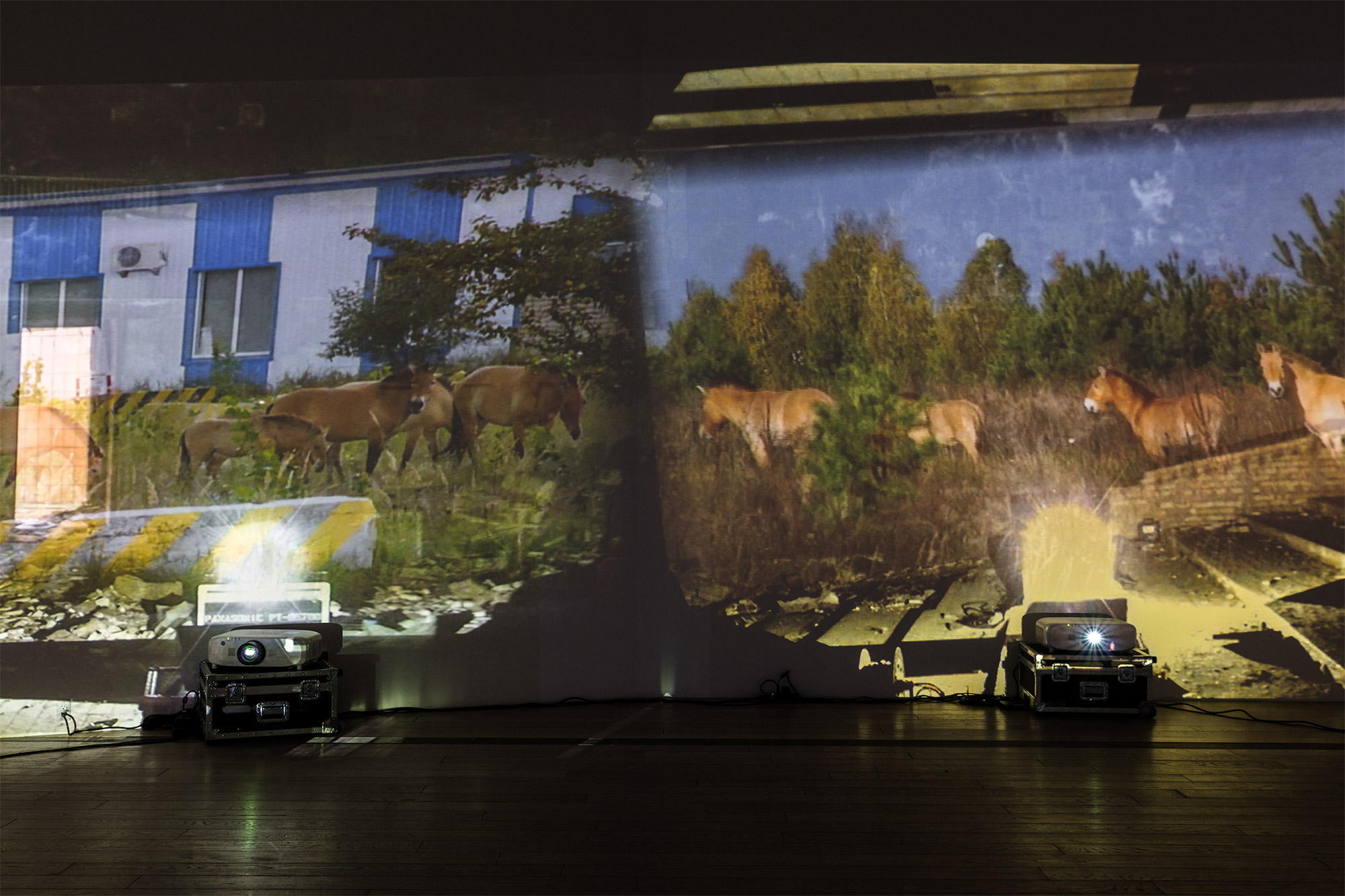 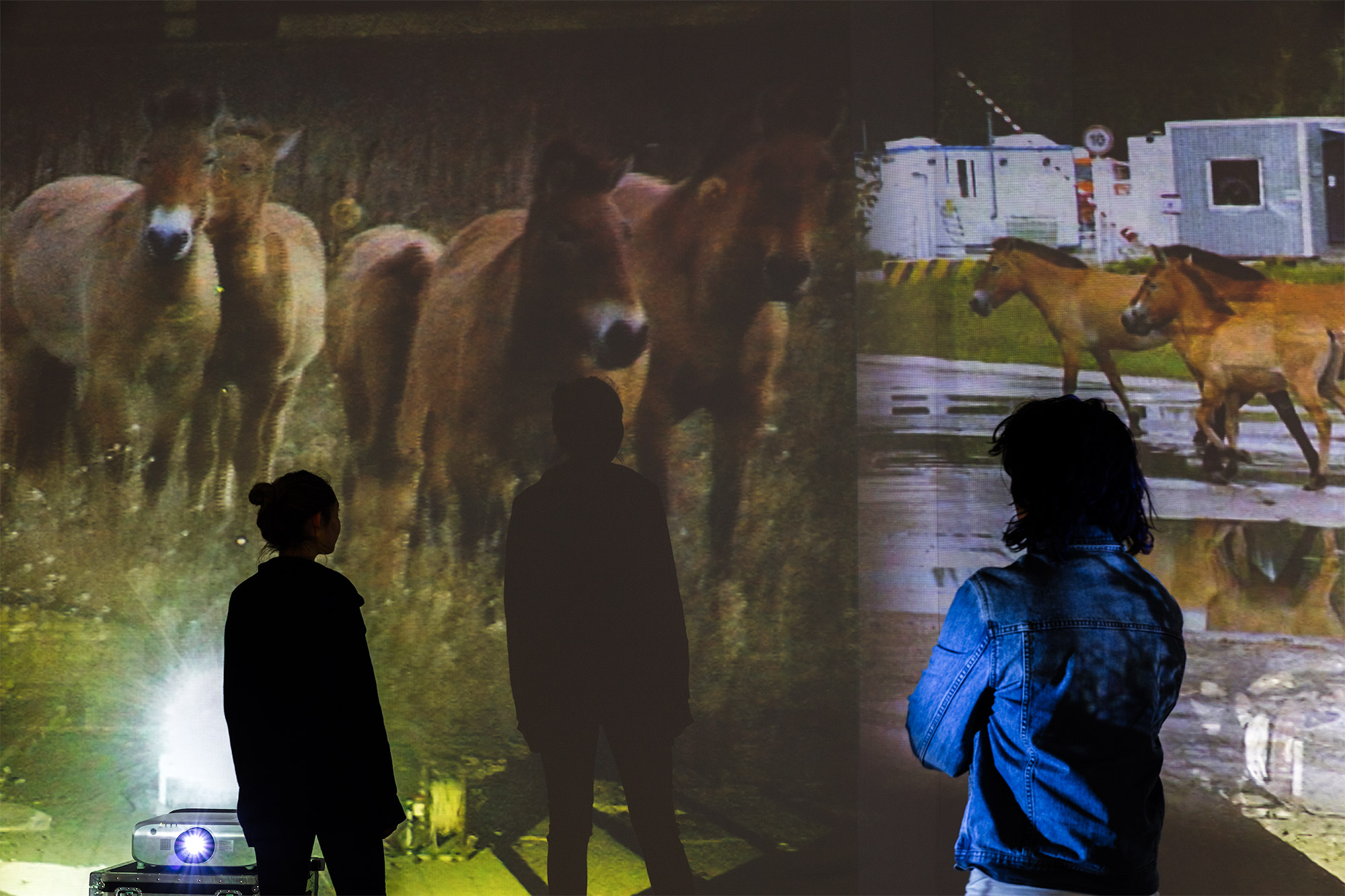 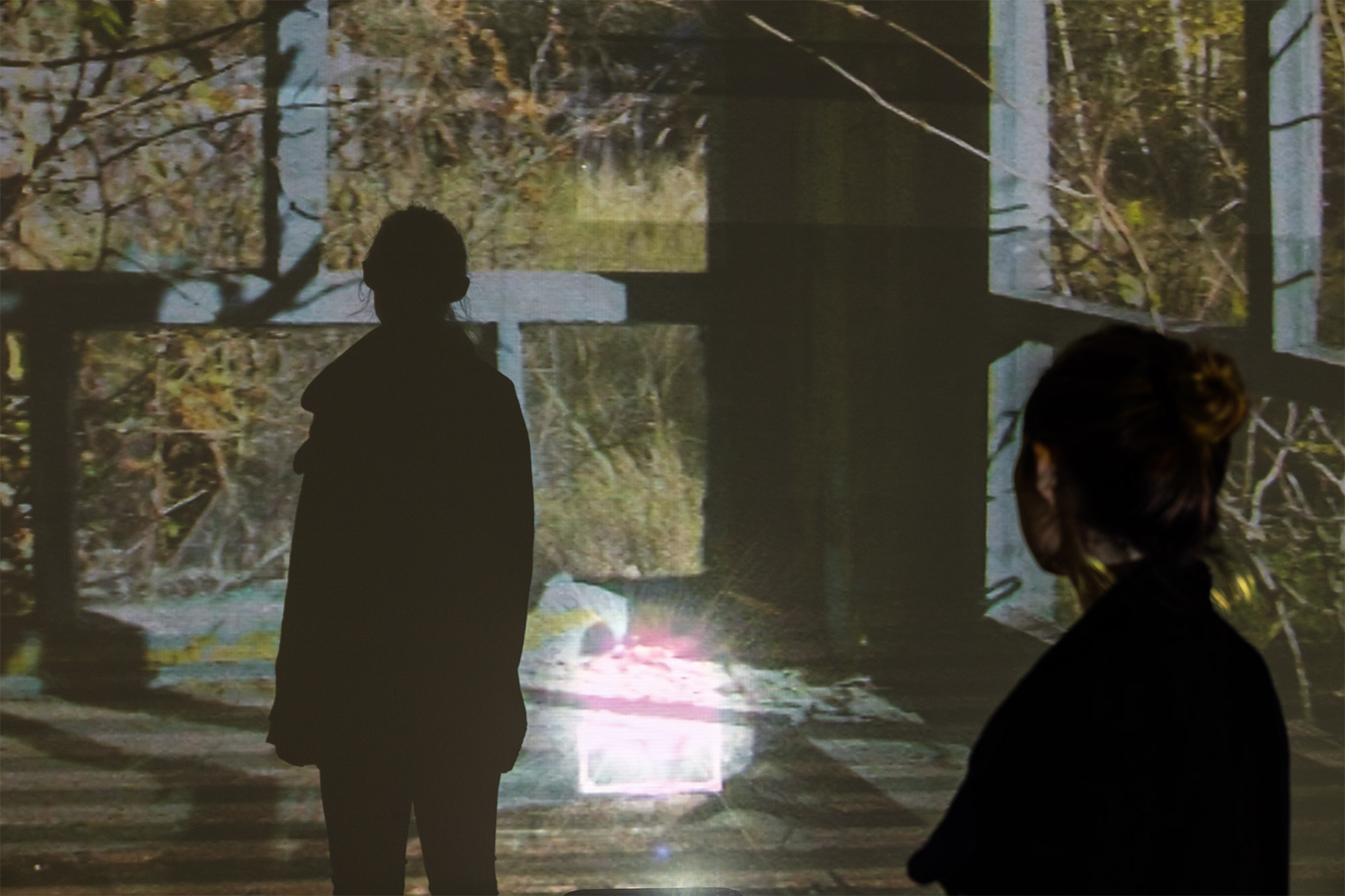 Fascinated with animals and the complex, mostly destructive relationship humans have created with nature, I traveled to Chernobyl, the site of the worst nuclear meltdown in history (now possibly surpassed by Fukushima), to film the abandoned city of Pripyat and the Chernobyl nuclear power plant. There I filmed animals and nature struggling to survive in the abandoned and poisoned Soviet site, especially moose, swans, cormorants, and the rare and endangered Przewalski’s horse. With that footage, I mounted a six-part projection inside a rubble-strewn movie theater in Pripyat and filmed that. The room in which the piece is projected here is a scaled-down version of Pripyat’s six-sided movie theater, a kind of “mobile Chernobyl.” The work encircles the viewers as they stand watching swirling images of the world just outside the crumbling walls of the movie theater projected on the gallery walls. In this way, they are both inside a theater and outside in the landscape at the same time.