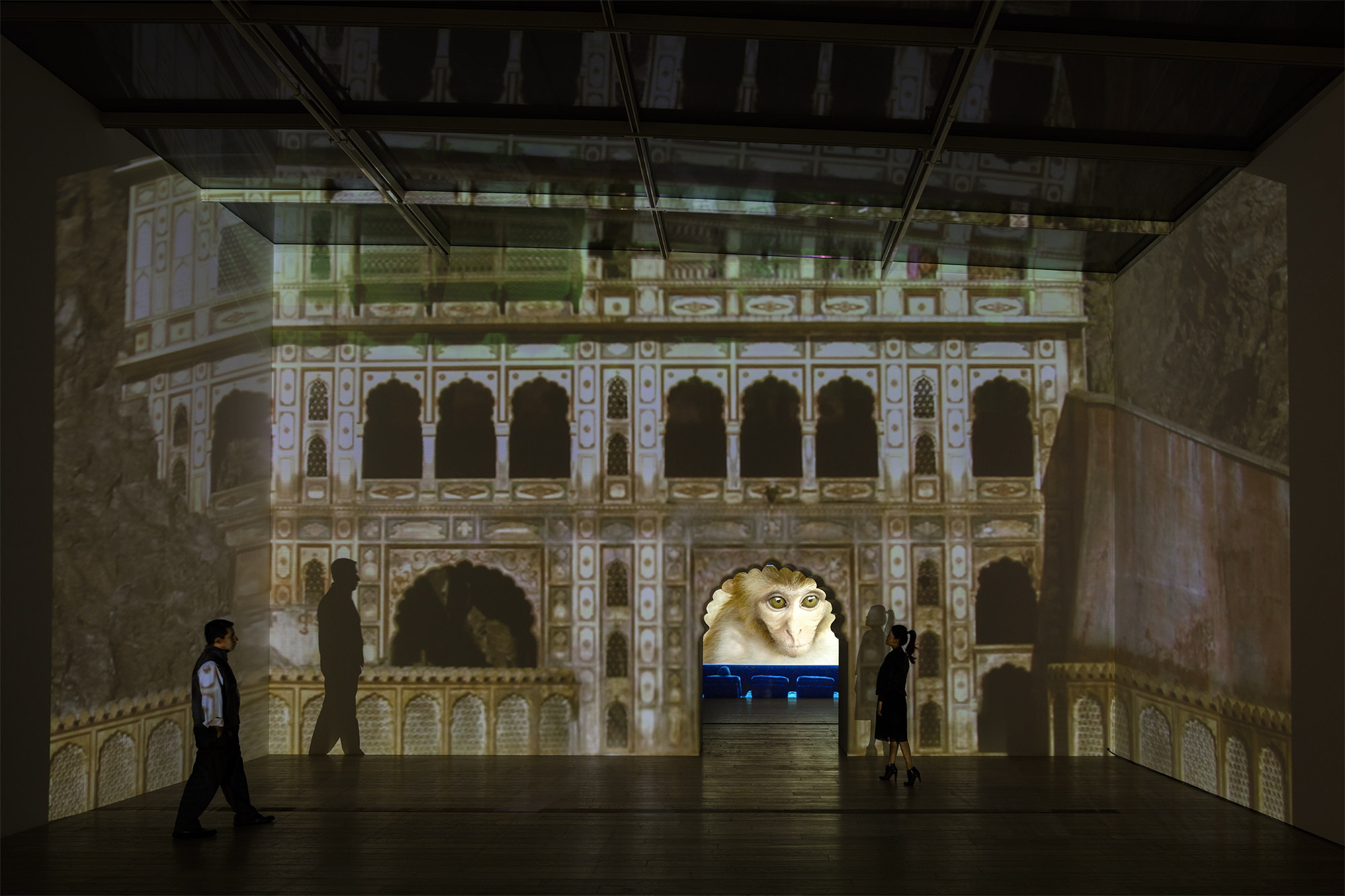 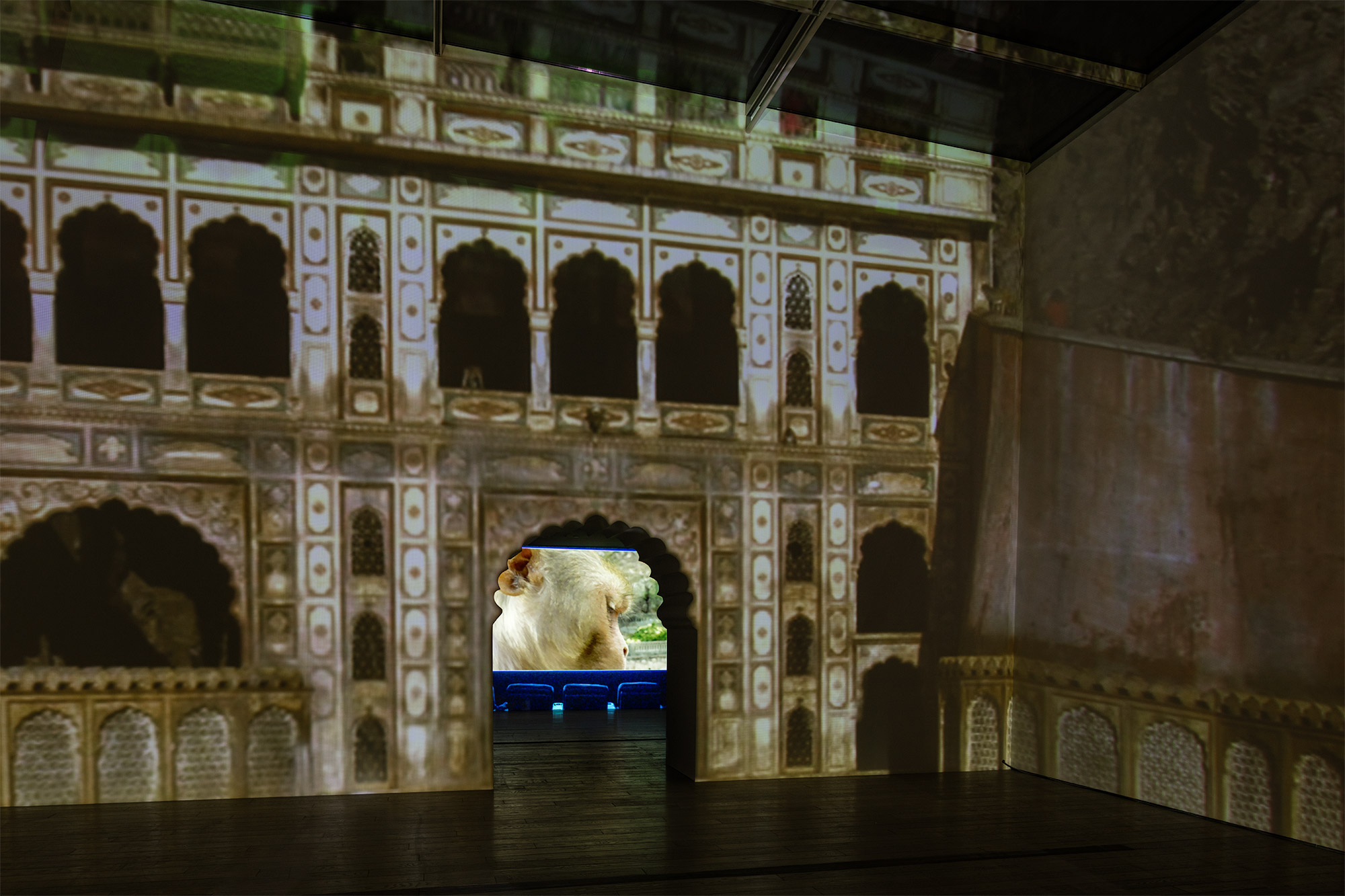 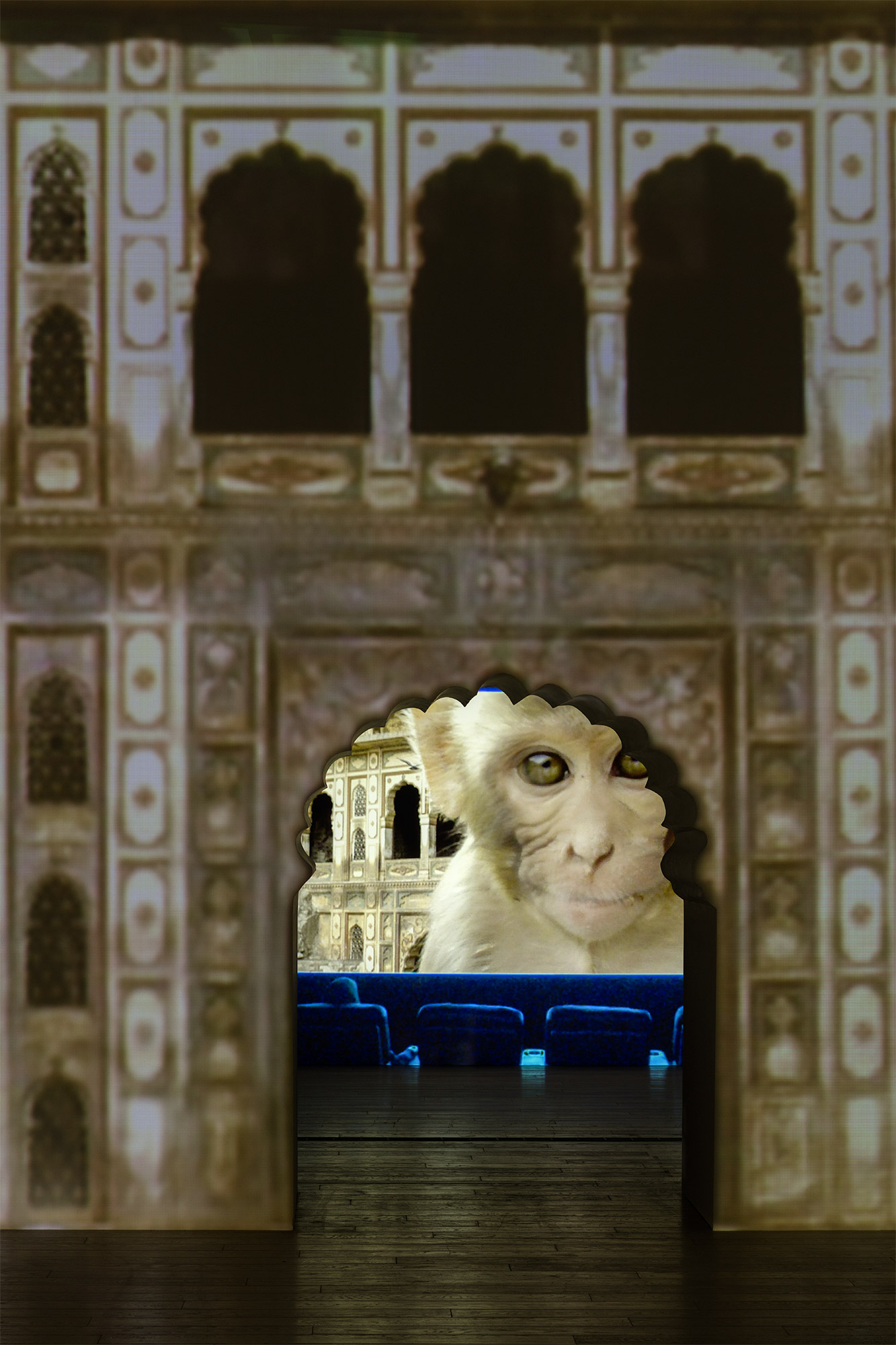 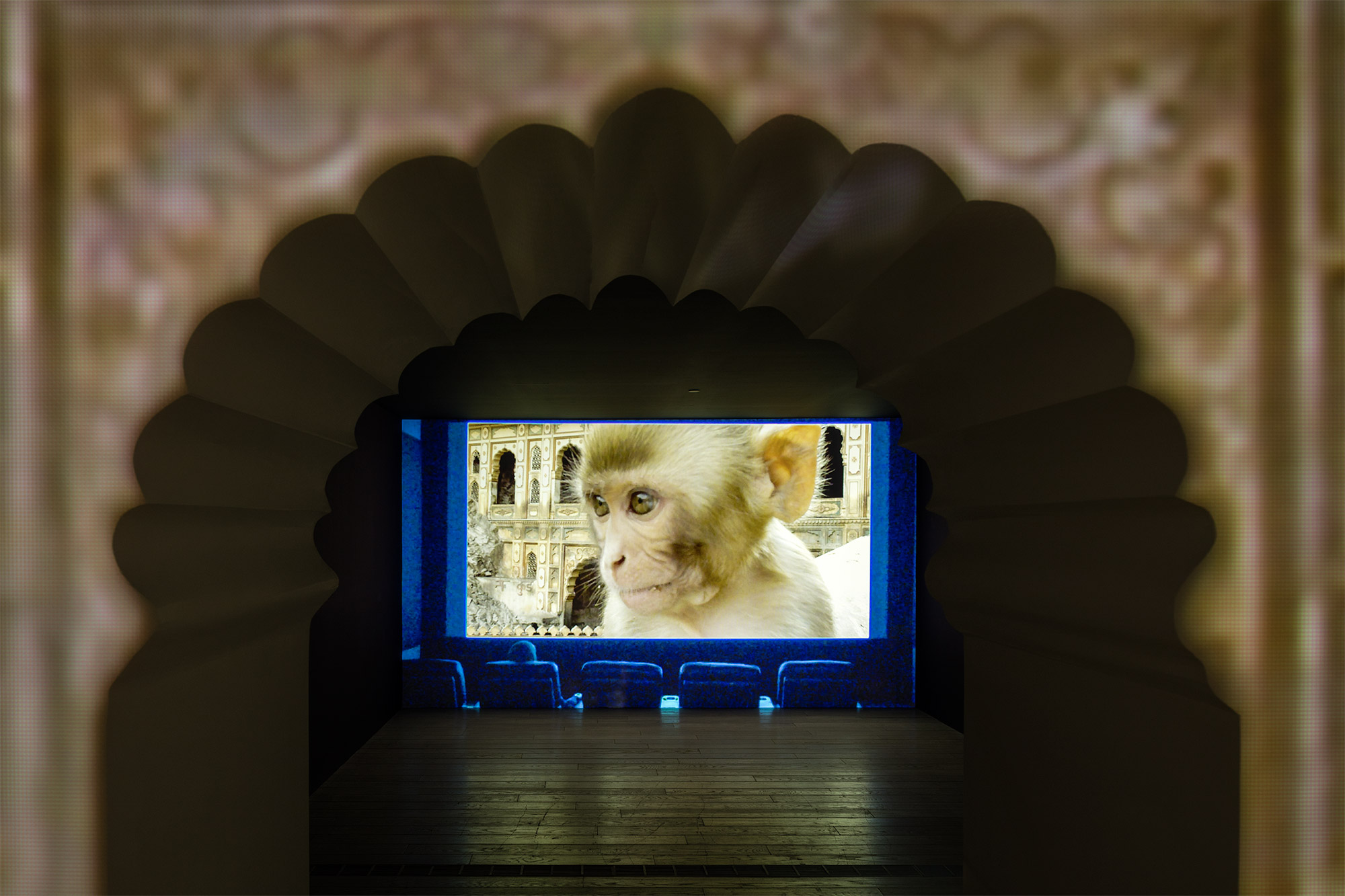 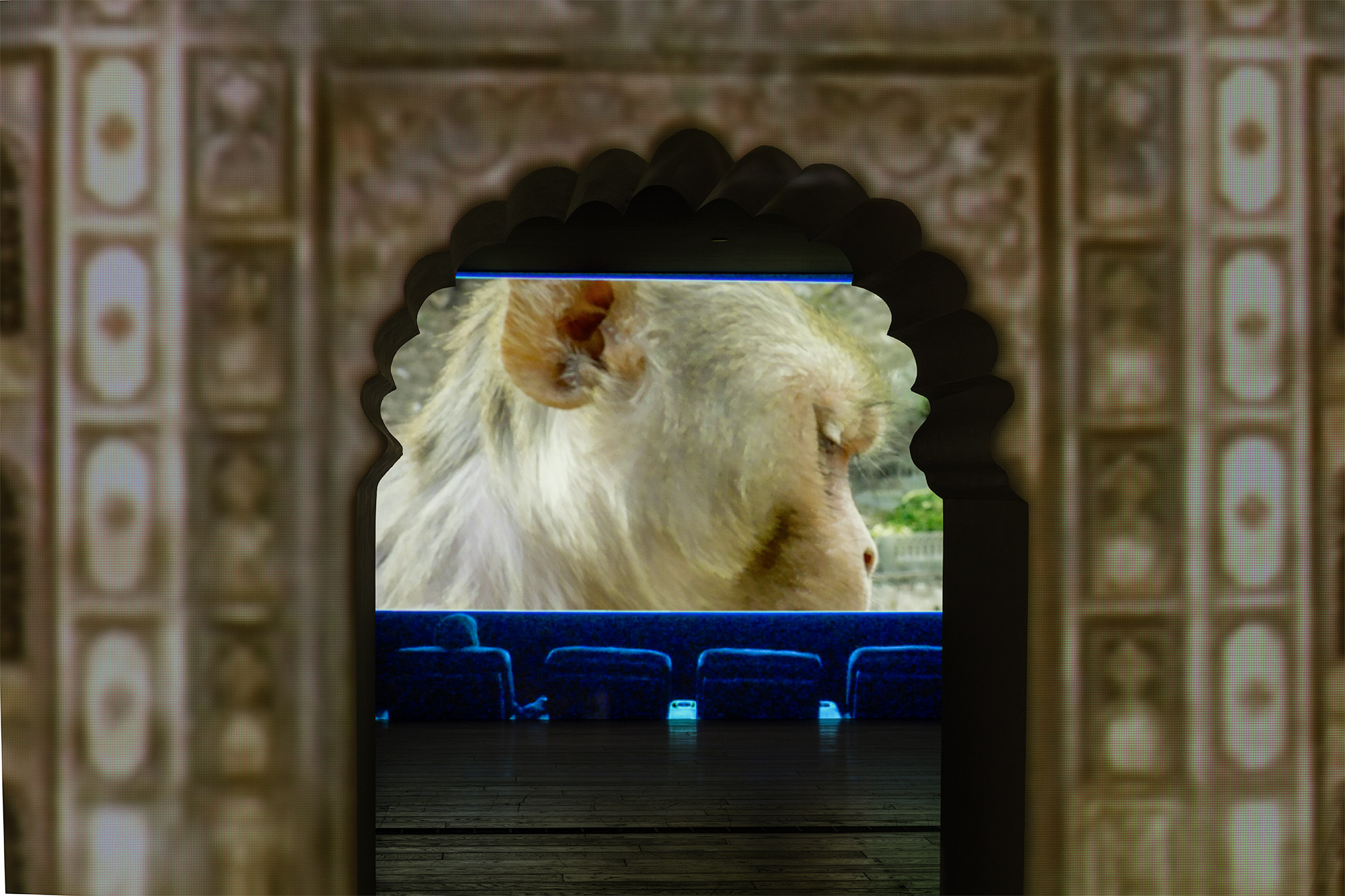 Once again working with an animal whose history with humanity is fraught, I filmed a troop of rhesus macaques who live in the cliffs above a temple to the Hindu monkey god Hanuman, just outside of Jaipur, India. Rhesus monkeys, known in the West as the frequent subjects of torturous scientific experiments, are sacred in Hindu culture and allowed to run wild among visitors to the temple. The architecture of the temple is a facade built up against a stone cliffside—an exterior without an interior. In this installation, I give it an interior, accessible though a door into the temple of the monkey god. When looking closely at the projection, we see a viewer in a theater coming face to face with the image of her animal-other. Architecture in image and the architecture of installation are two concerns of my work: I examine the spaces inhabited by animals and those inhabited by humans, as well as how these intersect. The space within the image, the space of the temple, and the space of the museum itself merge in this seemingly simple installation.