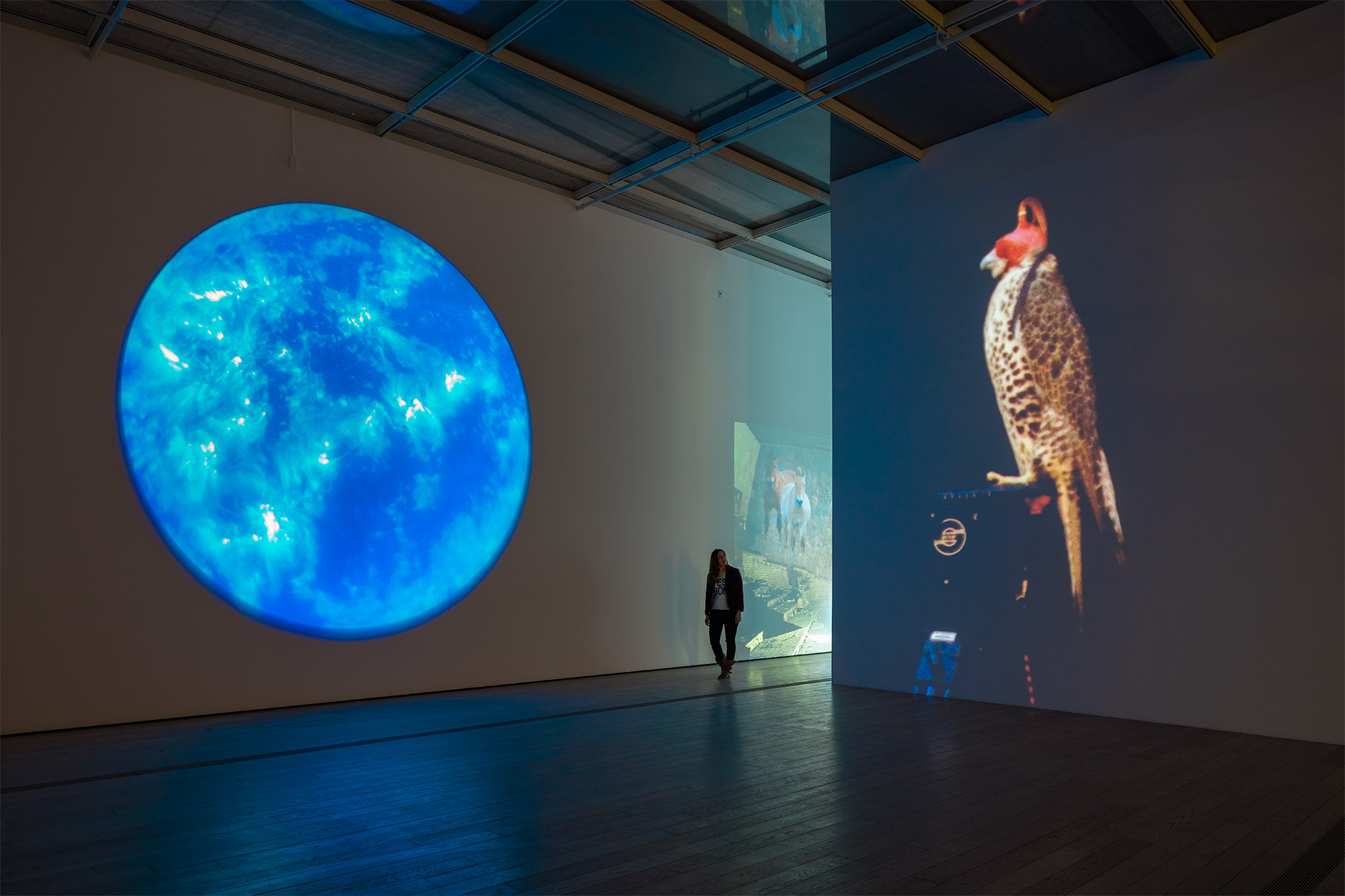 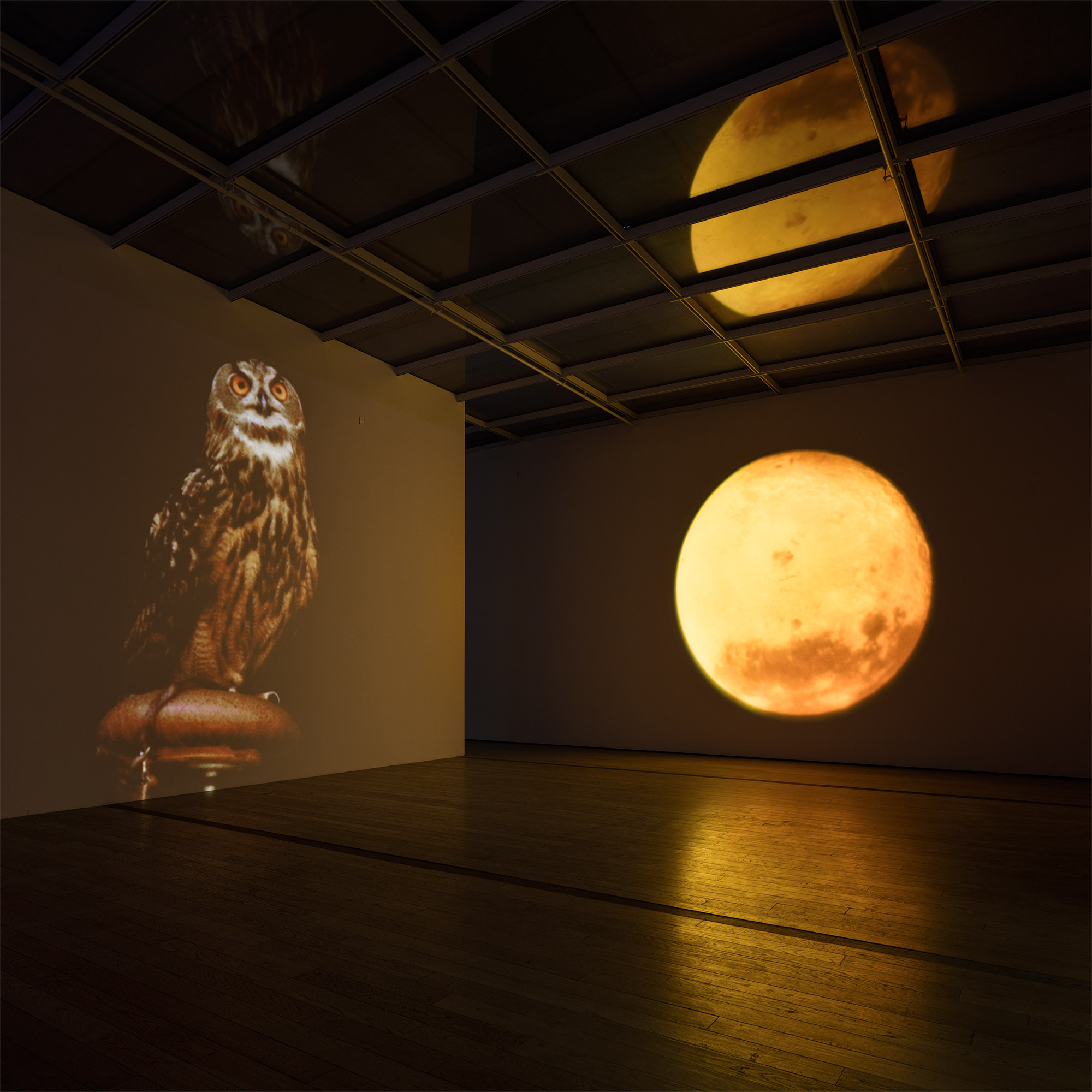 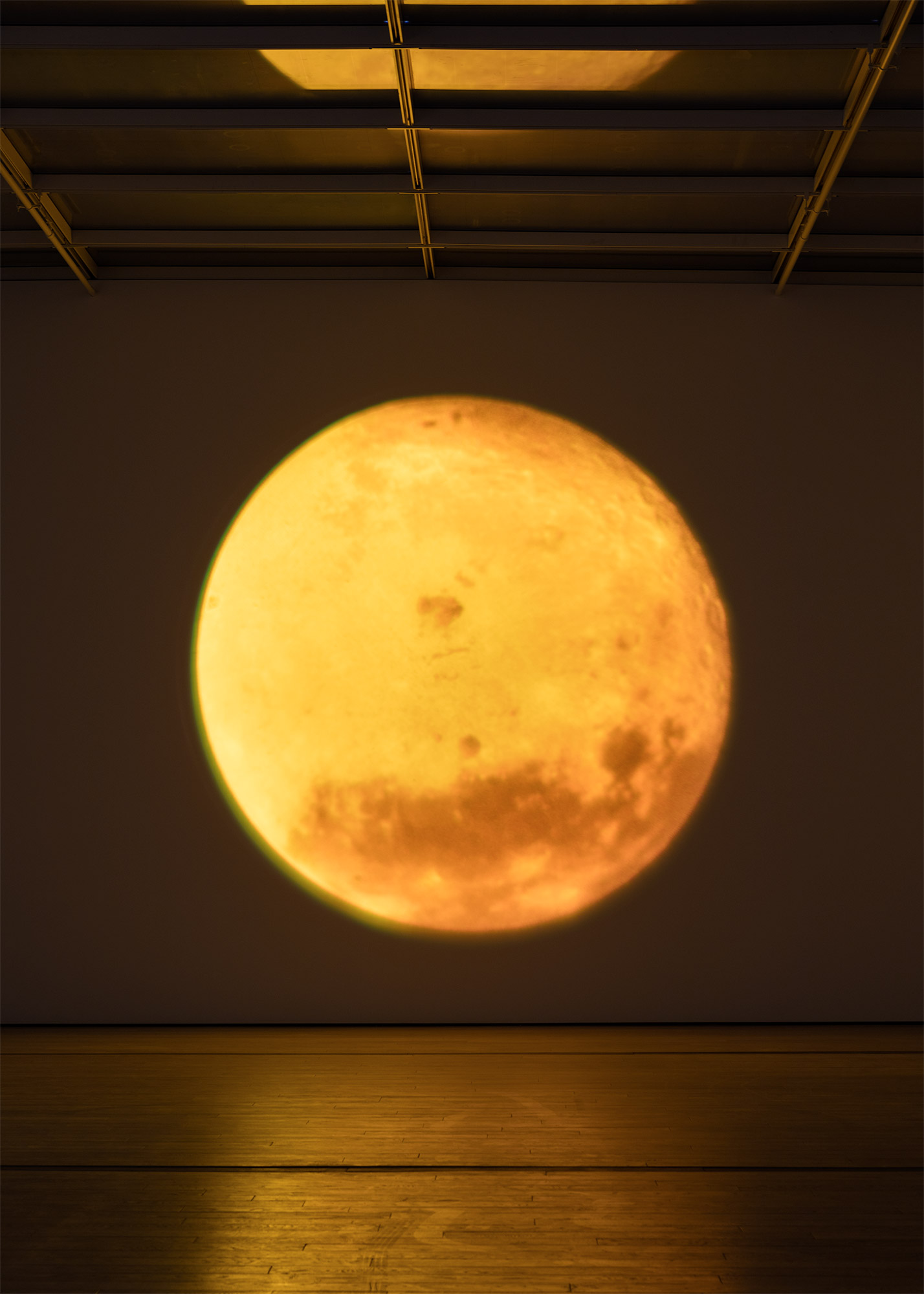 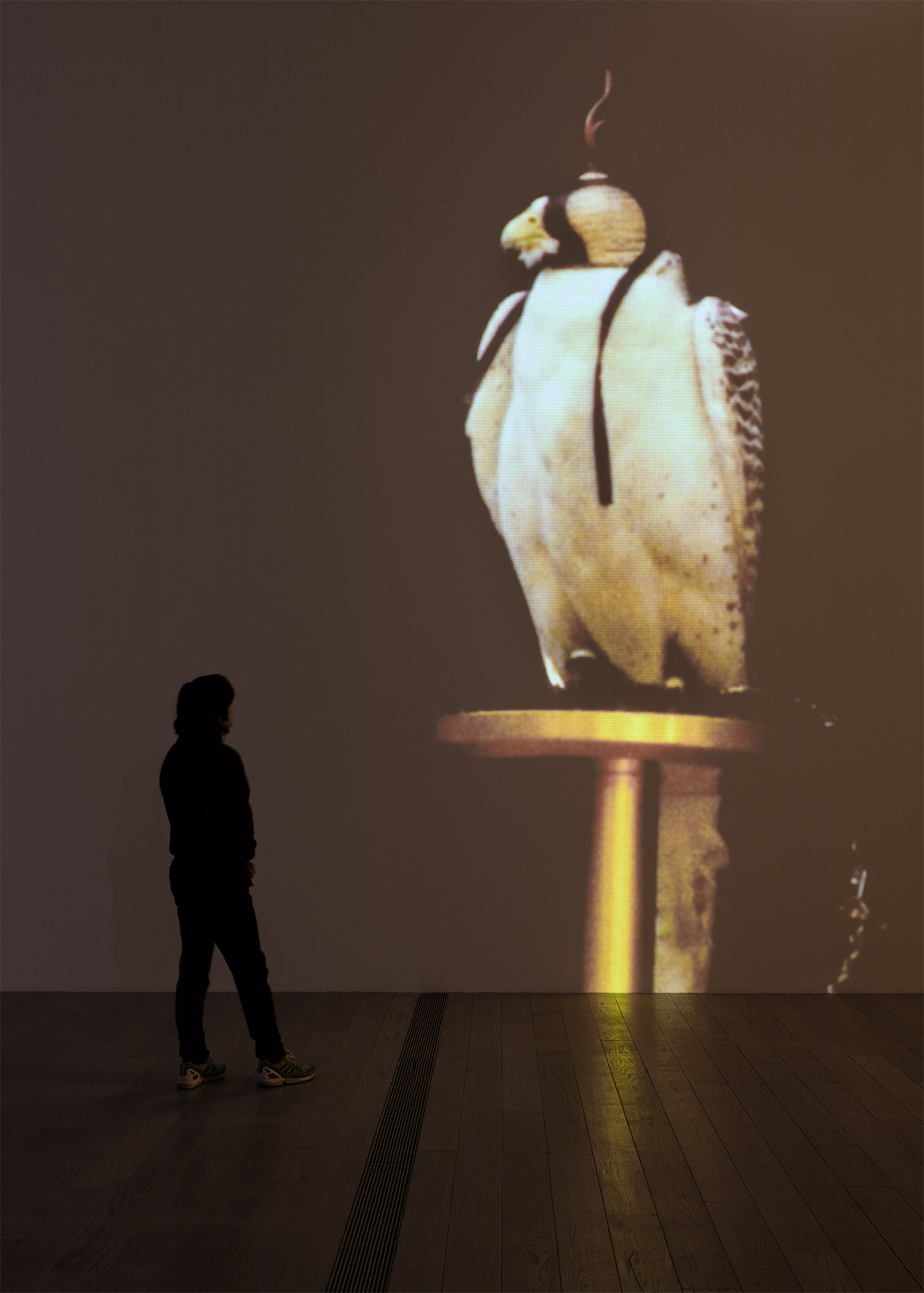 The animal that therefore I am

Along with the chess project, I made a body of work with California falconers and their trained birds. In this piece, a camera shooting in 16mm film slowly pans past six birds, each hooded and perched. The image concentrates only on the animals, some of who were once severely endangered and have only recently come back from the brink of extinction. Framed by the moon and the sun, this work makes reference to the Egyptian falcon god Horus, whose eyes were said to represent these two celestial bodies. Many of my later works use naturalistic color, as opposed to the electronic colors of the earlier works on display in the Art of the Americas Building.

In this piece we see beings who cannot look back at us—that is, until the final subject of the film appears: an owl, the only bird who is not hooded and looks straight into the camera lens. The animal, whose subjectivity I am always trying to explore, looks directly at the viewer, evoking the unanswered question: “What do I see when I look at the other and what does it see when it looks back at me?”