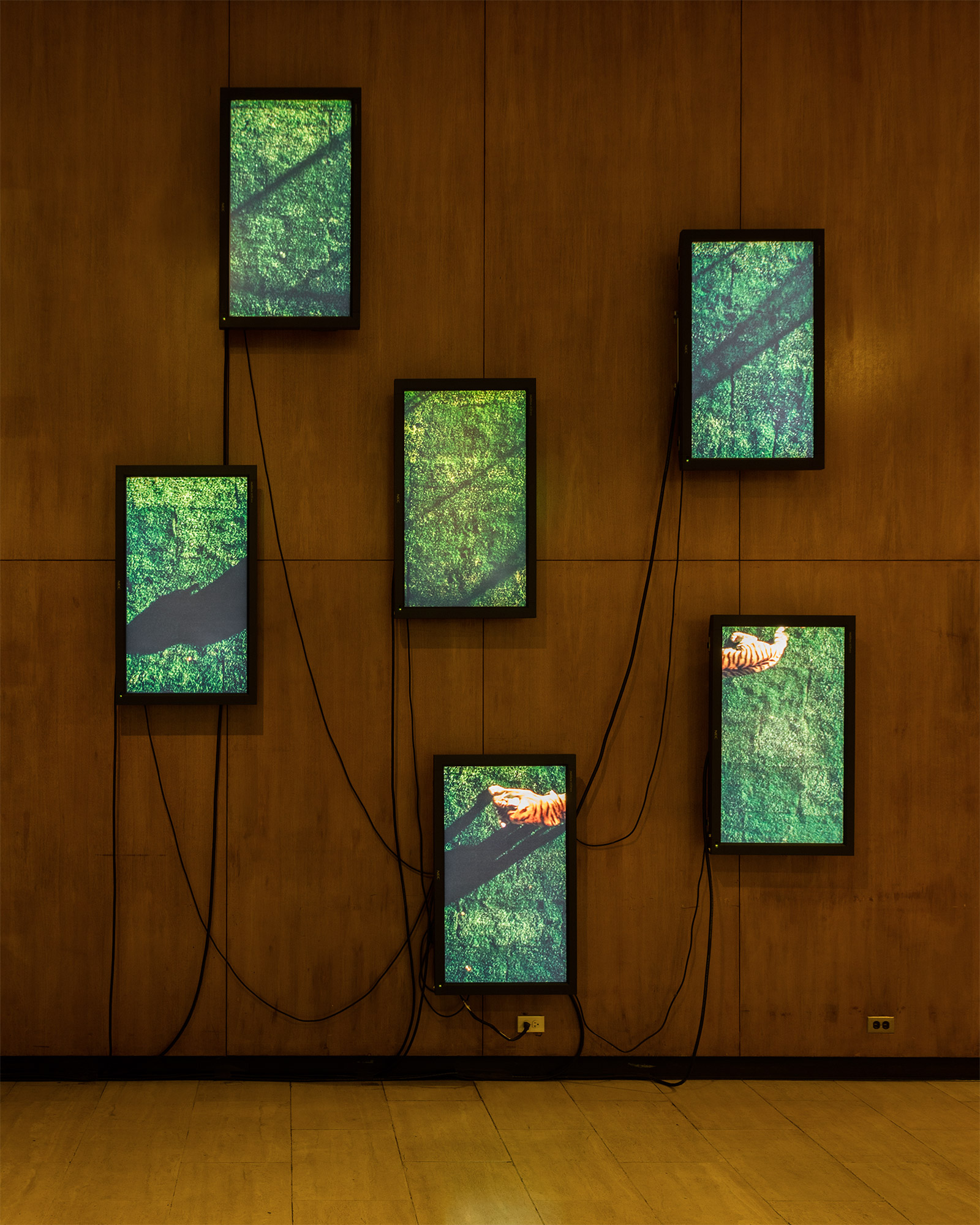 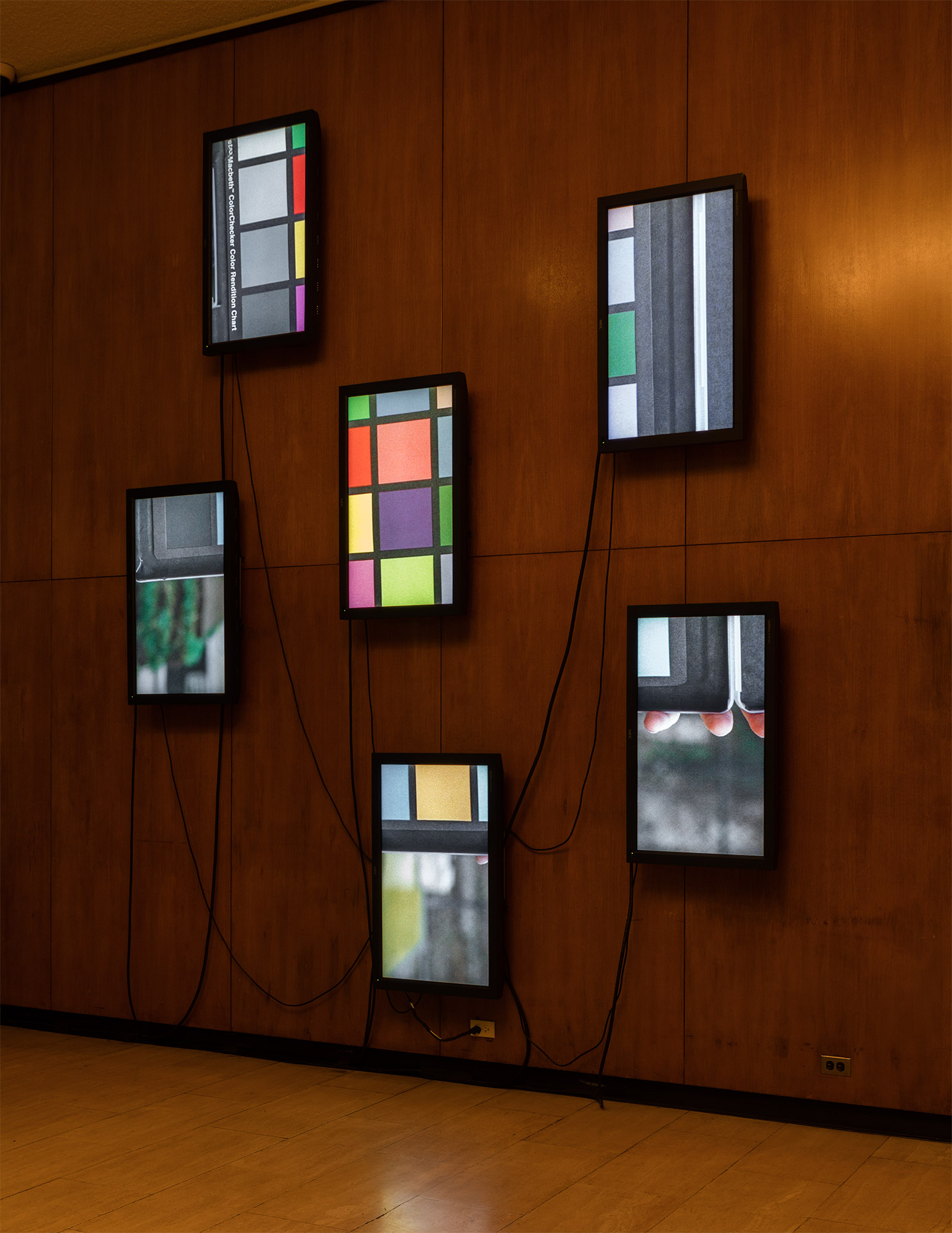 In Acton, California, three tigers—Mona, Simba, and the star of the work, a blind tiger named Zoe—live at a rescue for big cats. I filmed the cats in 35mm film over the course of one day, documenting their reactions to a series of interventions in the large pen in which they live. First I laid down sod, giving the animals a green carpet on which to play. This piece, shot at dawn, shows the tigers taking their first steps onto soft green grass. Trepidatious but soon playful, the animals are seen from a stationary camera suspended overhead from a crane. The separated and vertically hung monitors play with the standard presentation of video walls. The shadow of the fenced enclosure around the tigers further testifies to the intervention of architecture in the world of animals, a world in nature that is without walls and where boundaries are invisible.