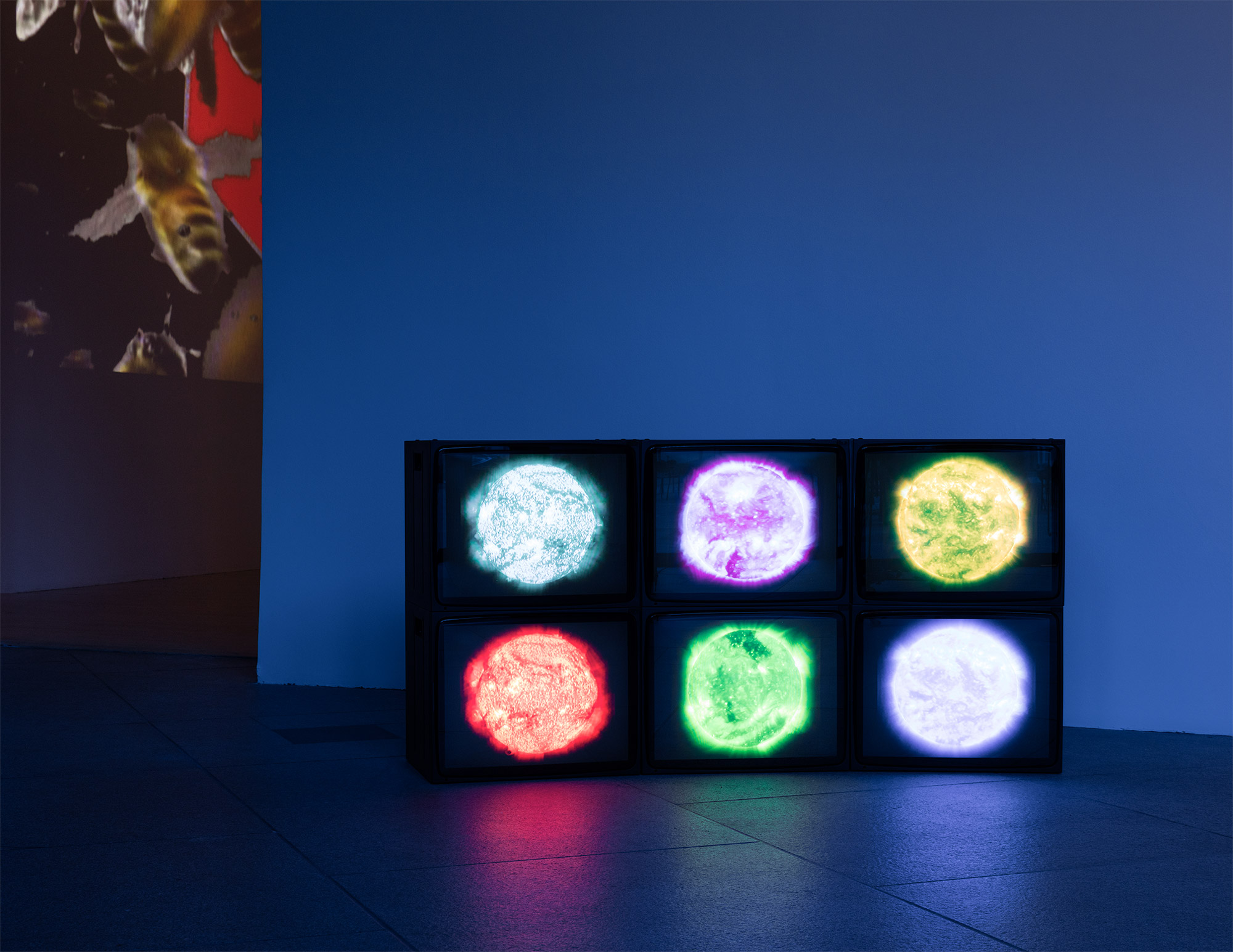 The lobby contains Six-Color Video Wall, a horizontally configured stack of video monitors depicting the sun in space. I acquired the SOHO spacecraft footage from NASA after discovering that their images of the sun are separated into the component colors of light—red, green, and blue—for study by scientists. I took these and made the complementary colors—cyan, magenta, and yellow. These six colors are the primary and secondary colors of the video band, which I often deconstruct into its elements: color and light. The lobby is tinted blue with film gels that serve the practical purpose of dimming the space, but also remind the viewer that, when looking at an installation, he or she is always inside the work of art.