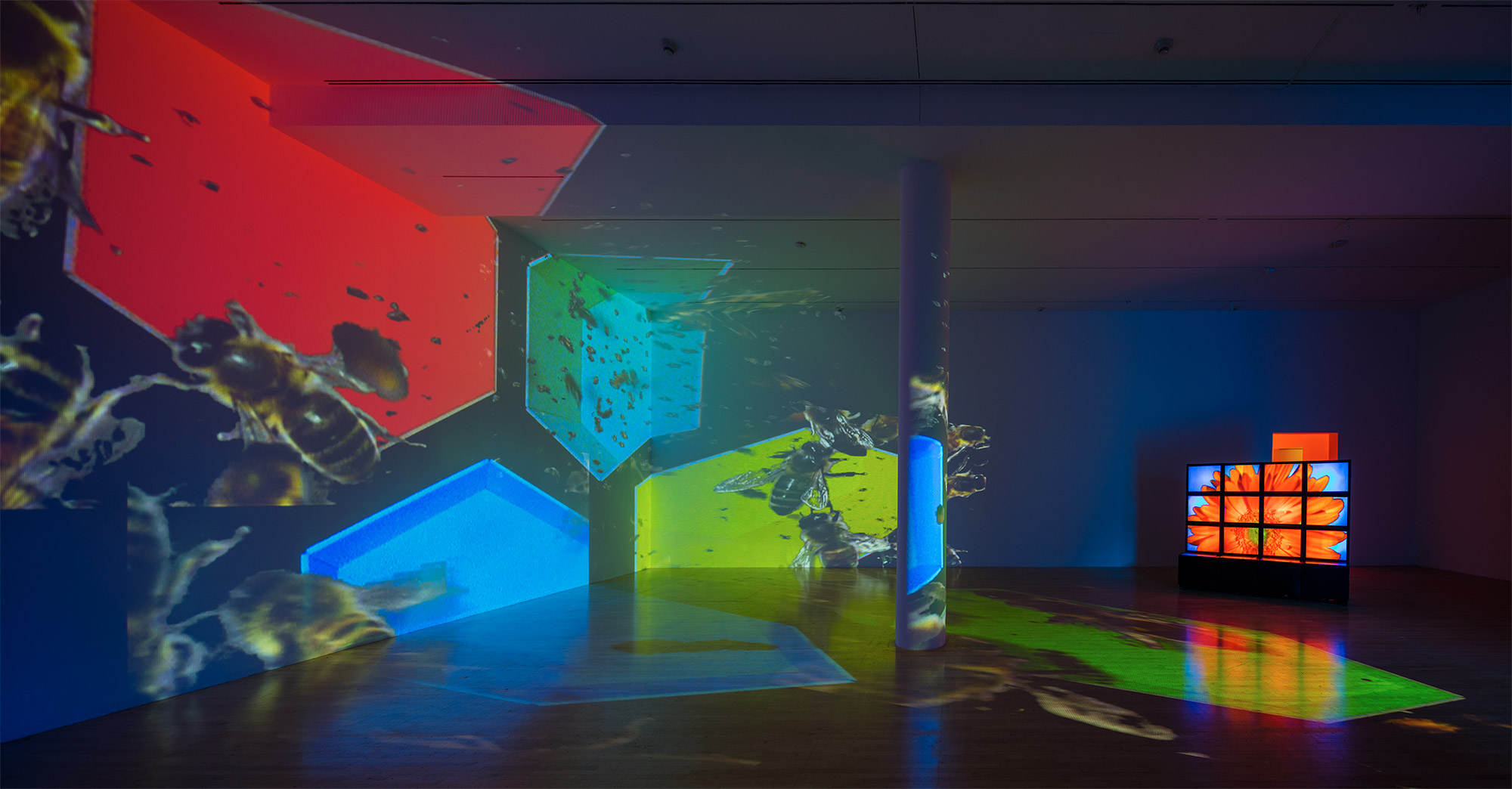 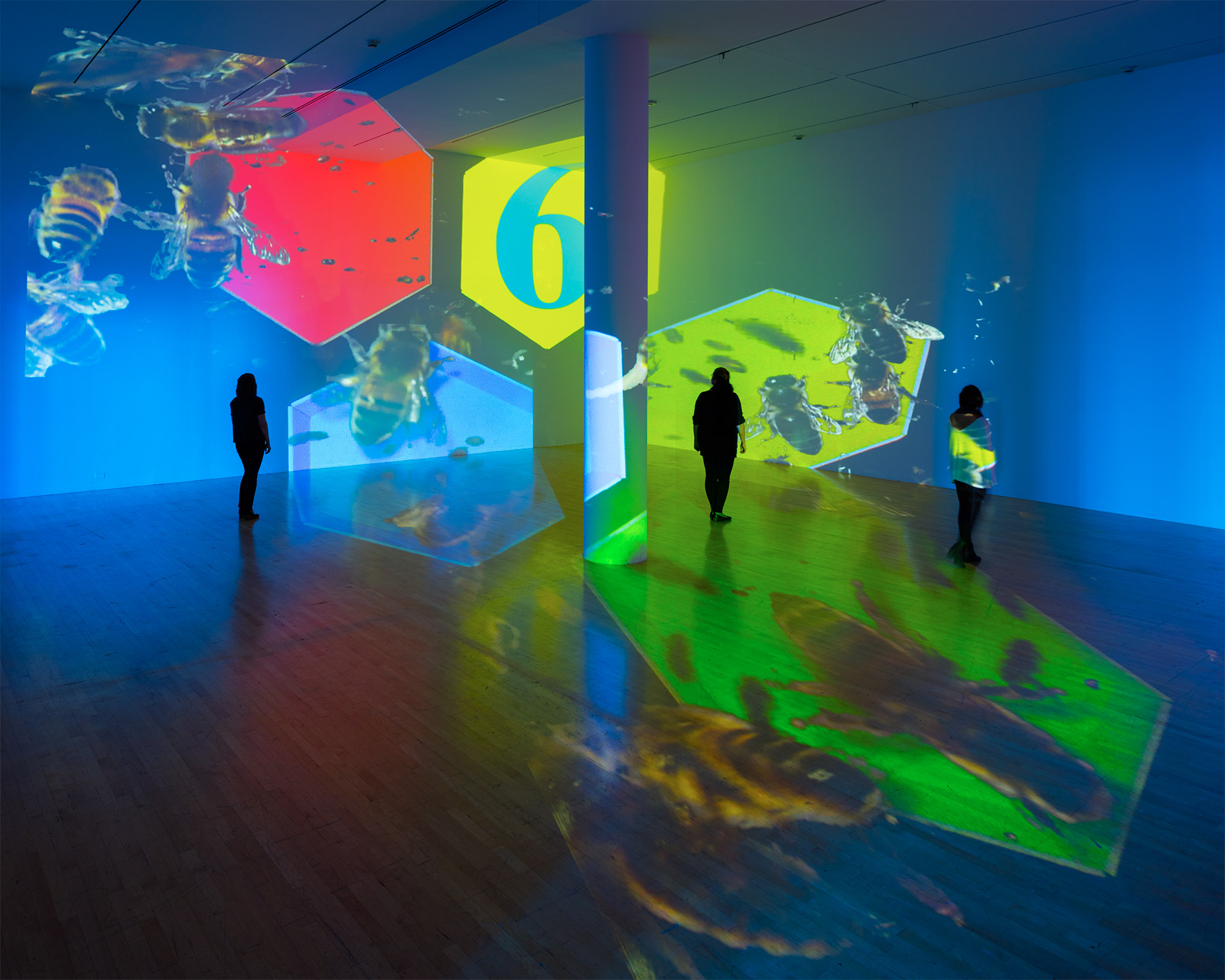 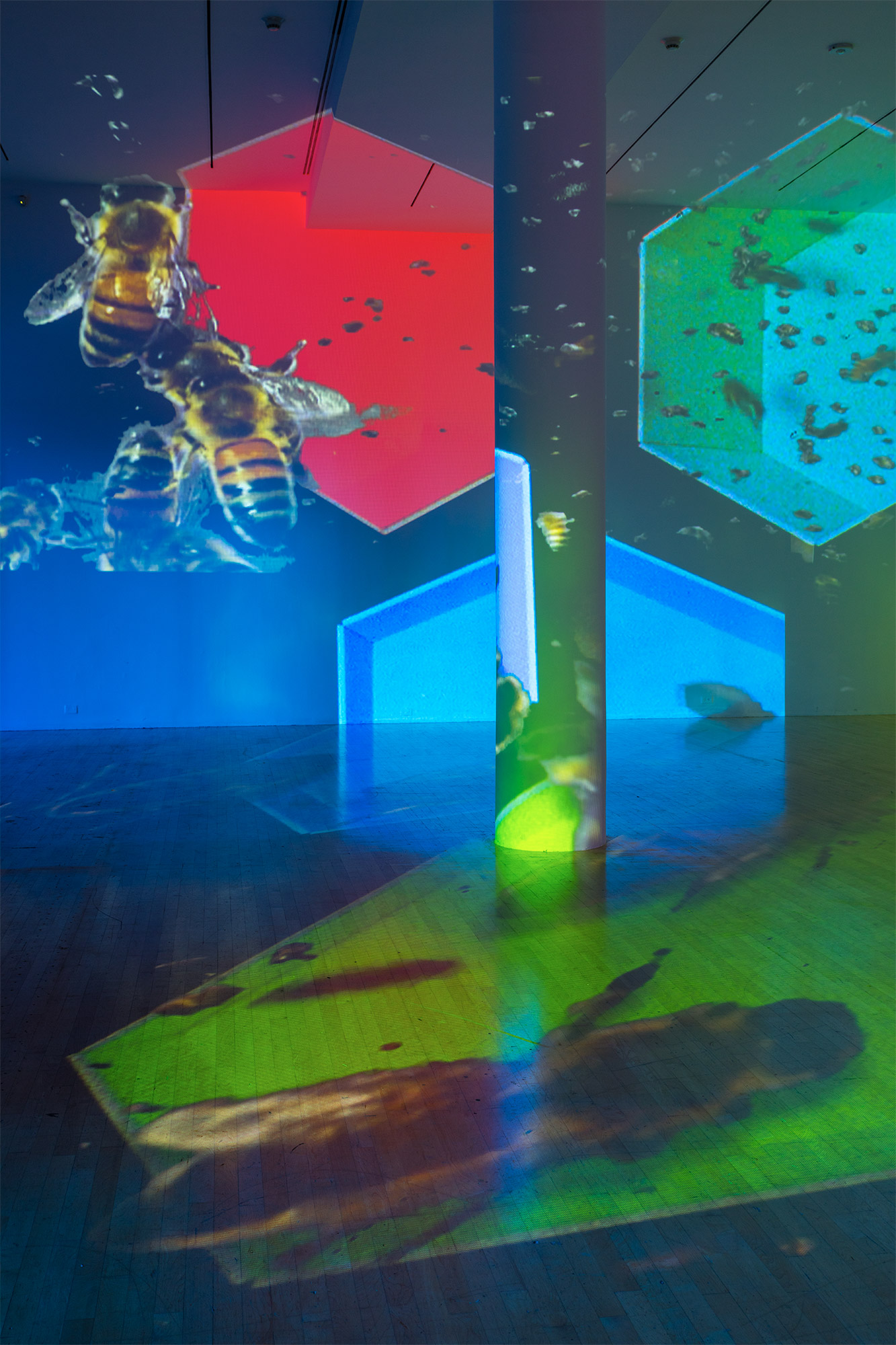 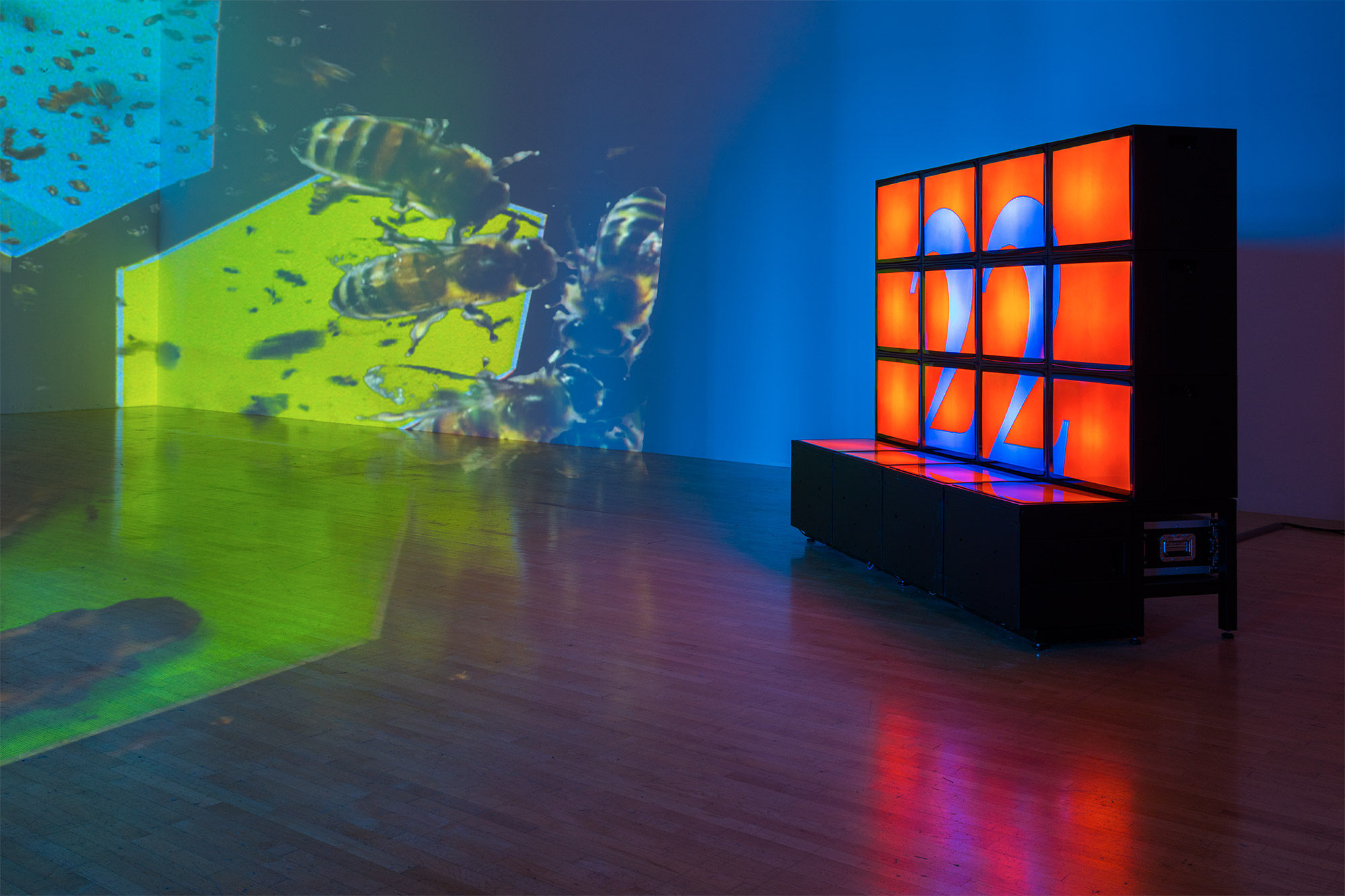 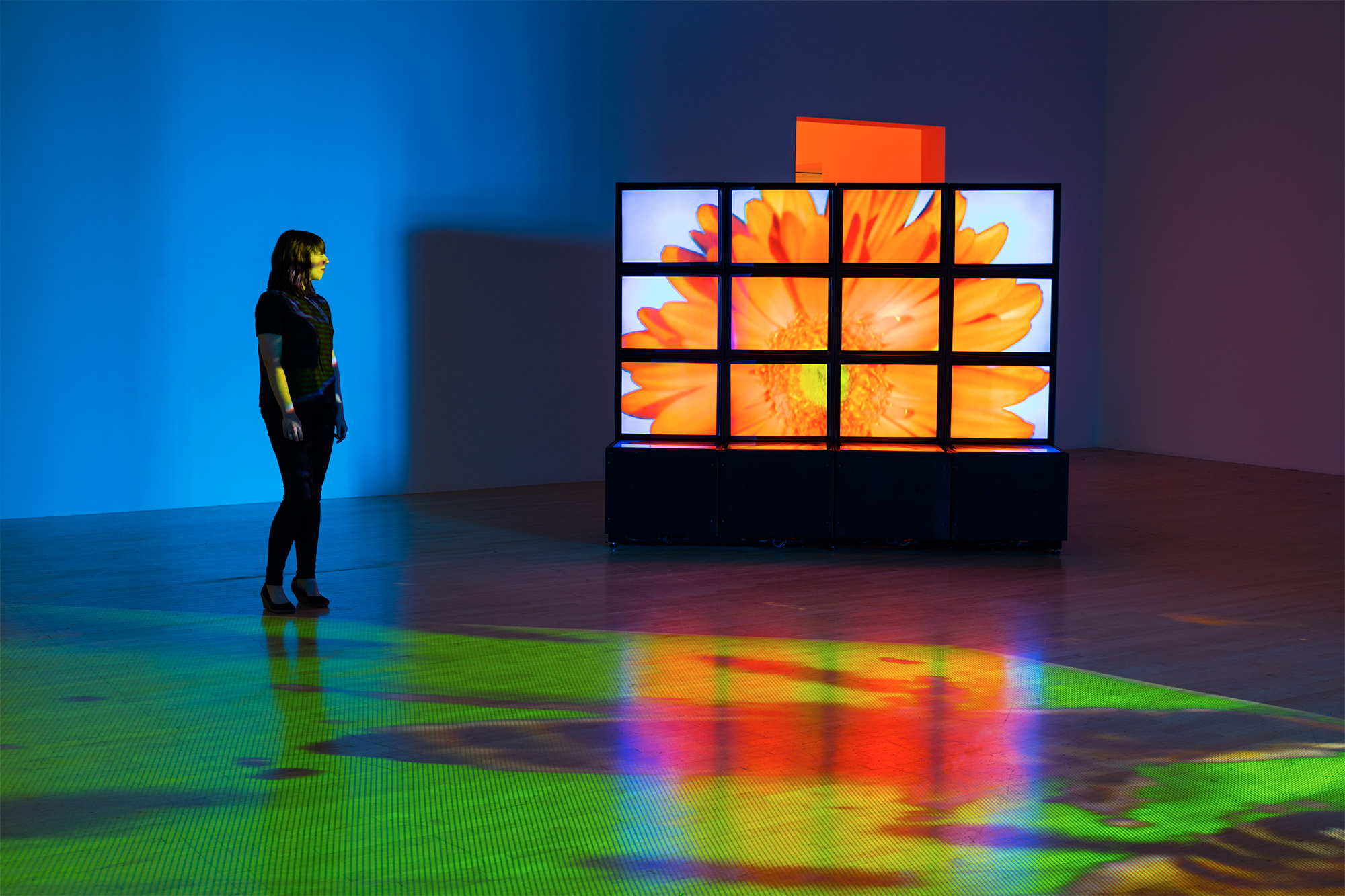 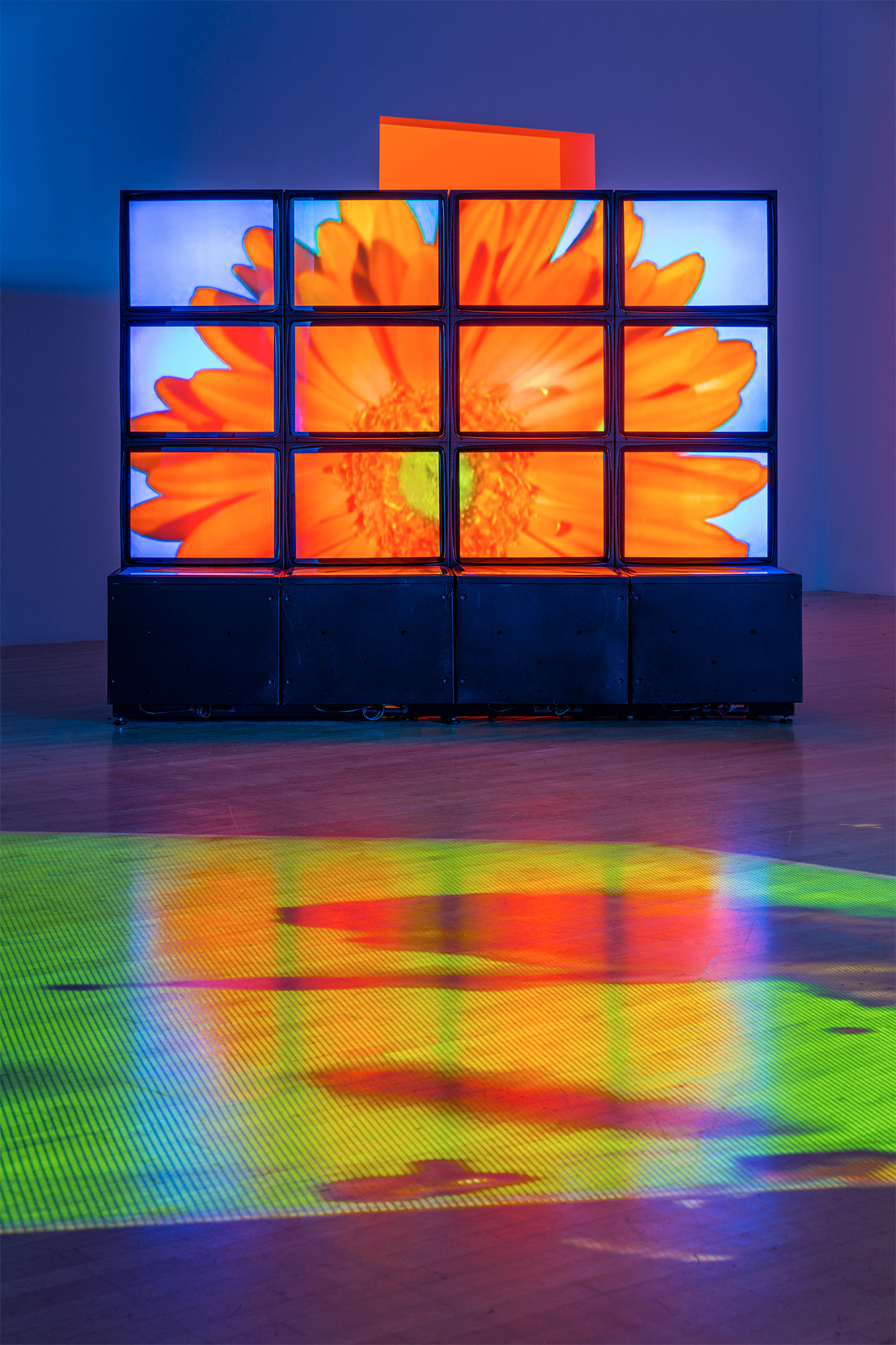 Featuring honeybees and a hive made of multicolored hexagons, knots + surfaces addresses a recent mathematical hypothesis that correlates a six-dimensional spatial model to the map of a honeybee's dance. I’m working with animals that exist as individuals and as part of a complex social network that functions as a unit, a phenomenon I also explore in China (wolves) and Delphine (dolphins). Here, I feature the erasure of the video rectangle in order to create a multipart, puzzle-like image. Initially, the many components seem to form a single picture. However, when viewers walk into the projections, they penetrate the “bee space”; the one picture breaks into five and the surrounding bees become a vision of chaos. The bent video wall presents a flower, serving as both a magnet for the honeybee and an anchor for the installation.